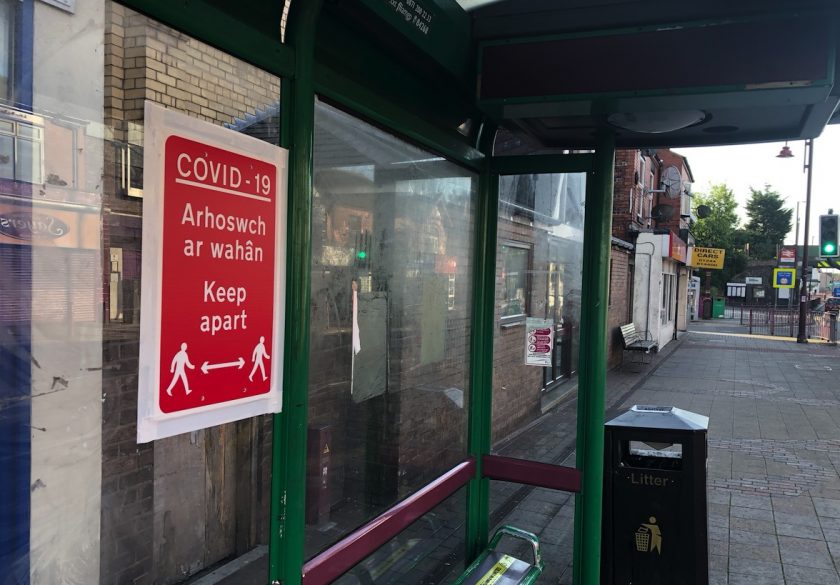 Flintshire Council Chief Executive Colin Everett has said the county is on a “quite high alert” as the number of people testing positive for Coronavirus continues to steadily rise.

Mr Everett told senior councillors last week it was more a case of “when” rather than “if, we will have to consider, with the government, a form of lockdown” as the current upward trend of infections continues.

Three more council areas in south Wales are to go into local lockdown this evening the Welsh government announced on Sunday.

Neath Port Talbot, Torfaen and the Vale of Glamorgan will be covered by the tighter restrictions from 6pm today, Monday, September 28th, which means people will not be allowed to enter or leave these areas without a reasonable excuse, such as travel for work or education.

Restrictions came into force in Cardiff and Swansea over the weekend.

That means more than 2 million people across a large swathe of south Wales will only be able to meet people they don’t live with outdoors for the time being.

They will not be able to form or be in, extended households or “bubbles.”

It also means meeting indoors  – in people’s houses, in a pub or elsewhere – with anyone they don’t live with is not allowed “unless you have a good reason, such as providing care to a vulnerable person.”

No counties in north Wales have been forced to enter into a local lockdown as yet but Flintshire, Anglesey, Conwy and Denbighshire are now “areas of concern.”

They are classed as being in the “amber zone” having reached a key marker of over 25 cases positive Covid cases per 100,000 population over a seven day period, similar numbers to some of those in south Wales which have had tighter measures applied.

Most of the counties in south Wales which are in or going into local lockdowns have hit the 50 cases in 100,000 population mark, a point in which the government will intervene with “enhanced measures.”

Between September 18 and 24 Flintshire’s rolling 7 days average was 39.1, with 61 positive cases reported. 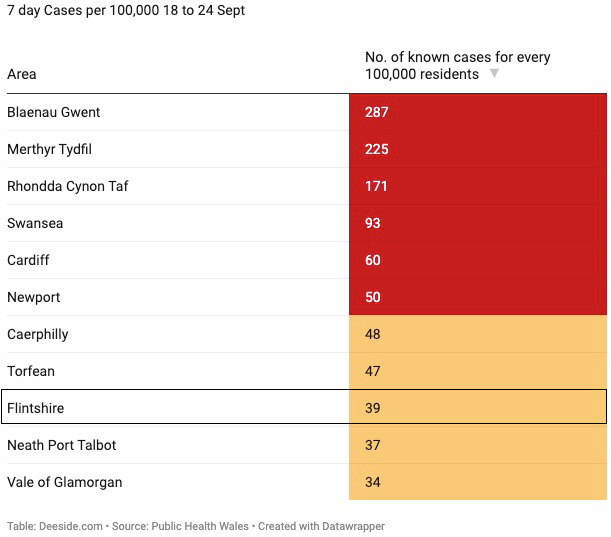 Health minister Vaughan Gething said he will be meet north Wales council leaders this week to discuss the ongoing situation in the region.

He said: “Things are largely going as we were predicting several months ago but probably at a sooner and quicker rate.”

“We had forecast a challenging autumn and winter but here we are mid to late September and the situation is changing quite quickly.”

“We have an incident management team meeting three times a week, that’s a group of senior professionals with public health and other expert advice.

We track and assess the trends to work out whether we got something that’s becoming out of control.”

Mr Everett said in Flintshire the spread of the virus was not down to a specific source but increased steadily through “general community transmission.” 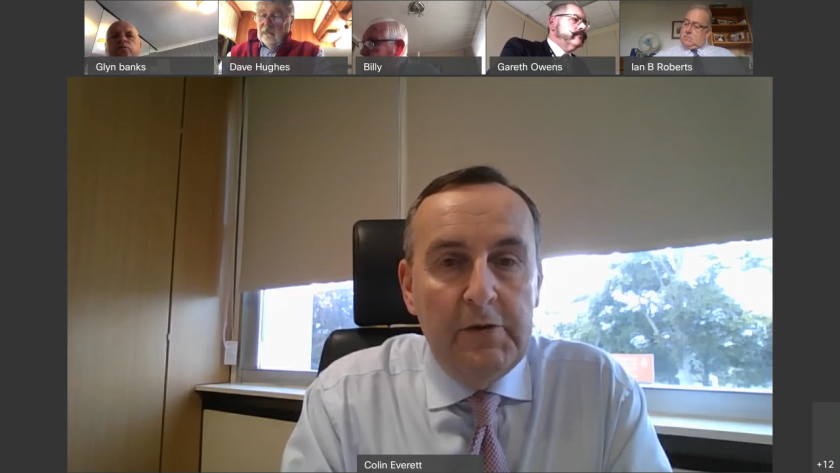 We are on “quite high alert” and the way predictions work is, the more you introduce interventions at an early stage, the more you’re likely to flatten the spread.

“A huge amount of regional work and planning is going ahead, you can only work out trends to some point, we can’t have perfect analysis.

He said, “We really are completely reliant on people’s vigilance and following the rules.

“Whether it’s an individual, an employer, it’s a group of people or a  family unit that really is the message.“

Mr Everertt said, “when we reach more of a red zone, we will have to consider with the government a form of lockdown, I will make sure all members know before that happens provided I have that notice, of course, these things do move fast.”

The government has already indicated their intention to speak to the leaders of the north Wales Councils later this week.

If the rates continue to go up, then it would be inevitable that some restrictions will have to be brought in in those authority areas as well.”

Asked why Port Talbot is being put into local lockdown (from 6pm tonight) but the rate of cases in Flintshire is higher, Dr Shanker said: “It’s not just the rate.

Rate is one parameter that is considered, a number of other factors such as the test positivity rate, what proportion of new cases can be linked to existing clusters and outbreaks.

What proportion of cases is unexplained, what proportion are as a result of active case finding, are there are cases in concentrated outbreaks such as in hospitals and health care homes?”

“So it’s a number of these factors, and the local intelligence as provided by the Test, Trace and Protect program, all going to the discussions, through a multi-agency incident management team that eventually makes the assessment and then recommends a set of interventions to government.”