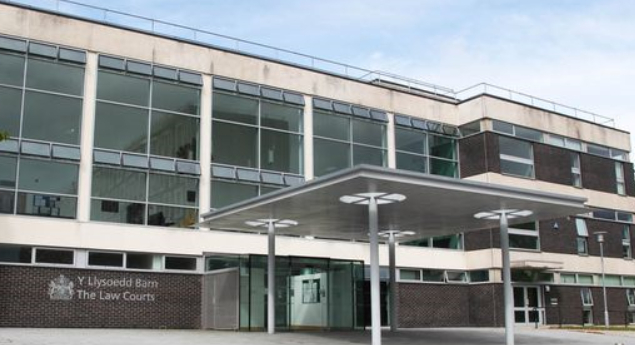 A woman who left her two children in the bath unsupervised has been convicted of manslaughter after one of them drowned.

Sarah Morris, 35, denied the charge but was convicted on 13 March following a two-week trial at Mold Crown Court.

Morris left the 13-month-old twins in a bath on 29 July 2015 at her home in Bagillt, with no support whilst she made a 47-minute phone call.

When she checked on them, one of the children, Rosie, had toppled over into the water and was not breathing.

Emergency services attended and took Rosie to hospital but despite efforts to revive her she died later that evening.

Nicola Rees, of the CPS, said: “Sarah Morris left her two very young children in an extremely vulnerable position for a prolonged period.

“They were left alone without child seats or any other form of support in the water.

“The CPS presented evidence showing that Sarah Morris had been made aware on a number of occasions of the dangers involved in bathing young children, but nevertheless, on this particular day, she chose to put her own needs above those of her children, resulting in Rosie’s tragic death from drowning.

“The family and friends of Rosie have been through a heart-breaking time and our sympathies are with them.”

“The events that happened on 29th July 2015 will remain with those connected with baby Rosie Morris for the rest of their lives, especially her loved ones.

“Rosie was left unattended in a bath of water for 47 minutes, inadequately supervised by her mother Sarah.

Rosie was left in a vulnerable position, she was reliant on her mother, but she neglected her. She failed in her duty of care and that failure resulted in the most tragic circumstance.

“The jury have listened to the evidence over the last two weeks and today they have deemed that Sarah’s failure to adequately care for Rosie during those 47 minutes amounts to gross negligence and have therefore found her guilty of gross negligent manslaughter.”

“There is no sentence which can take away the pain felt by Rosie’s family. Today’s verdict cannot bring Rosie back, but hopefully in the weeks and months ahead it will provide the family with some closure.”

“We welcome the three year sentence, and our thoughts very much remain with the extended family that has had to endure a prolonged and very distressing investigation.

We are grateful to the family for their patience, cooperation and dignity over the last three and a half years.”

“We would also like to thank the medical experts and CPS for their support and guidance without whose help this prosecution would not have been possible.

I now hope the family can move forward and attempt to re-build their lives.”

“On the 29th July 2015 my life and my family’s life changed forever when I received the worst phone call. I never thought my beautiful grand-daughter Rosie would lose her life aged just 13-months due to total and utter neglect by her mother, Sarah Morris. Rosie’s death could have been avoided.”

“Still to this day I am haunted by what happened and it breaks my heart to think how she must have suffered with her twin in the same bath as her, helpless and watching her drowning.”

“Rosie’s death has had a massive effect on our lives, but today I feel that justice has been done for Rosie. I will ensure that her memory is not forgotten.”

“I would like to thank the prosecution team, DC Ruth Roberts, civilian Investigator Dave Jones and Maureen Bisson from the Homicide Victim Support team for their support during this difficult time.”