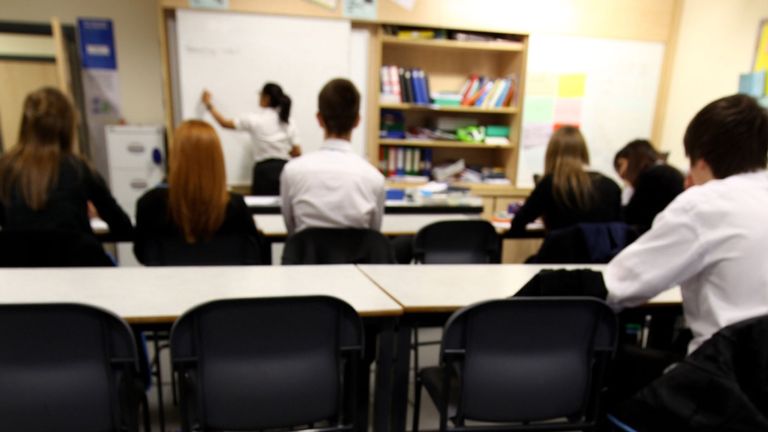 Mental health issues have contributed to an increase in the number of pupils in Flintshire who are absent from school, councillors have been told.

It comes after education watchdog Estyn recently highlighted the need to improve attendance at both primary and secondary level in the county.

The biggest problems have been encountered in secondary schools with attendance figures for 2018/19 standing at 93.3 per cent, which is below the Welsh average.

The issue was discussed at a meeting of Flintshire Council’s education scrutiny committee on Thursday where members were also informed almost 500 youngsters were absent from high schools on a regular basis.

The local authority is now working to provide support by collaborating with the health service, but an officer has warned there are no quick solutions.

Jeanette Rock, the council’s senior manager for inclusion, said: “I think we’ve got very changing communities and very changing pressures on young people and our schools.

“The area where we have seen a significant increase is around mental health difficulties.

“It appears that we’ve got an increasing number of young people who are unable to engage in education.

“We’ve had meetings recently with our colleagues in child and adolescent mental health services to highlight this.”

Ms Rock said the current system for assisting youngsters with mental health problems was “too rigid” and needed to be improved.

As a result, more flexibility is set to be offered for pupils who struggle to get to health appointments.

During the meeting, concerns were also raised about parents taking their children out of schools for family holidays during term time.

The report showed it was the second highest reason for absence in primary schools.

Cllr Kevin Hughes said: “I wonder how many of these are repeated offenders and do we check if families are taking children out in June for a holiday and then in December.

“I know the Welsh Government says it’s ten days they can take, but it’s not right is it?

“We need to be telling parents and I just wonder how we can get it across to them.

“I was talking to a guy the other day who takes his daughter out more than once a year.

“He said he was thinking about his pocket and if he got a fixed penalty it would still be cheaper.

“I can understand that, but I think we need to stress to parents that their children need to be in school.”

Committee chair David Healey, who’s a former teacher, agreed that children would pay the price for missing out on learning.

Officers said headteachers were able to keep track of the number of holidays taken and would challenge parents who removed pupils for more than ten days.

At the end of the meeting, the committee voted to support the steps being taken to improve attendance levels.