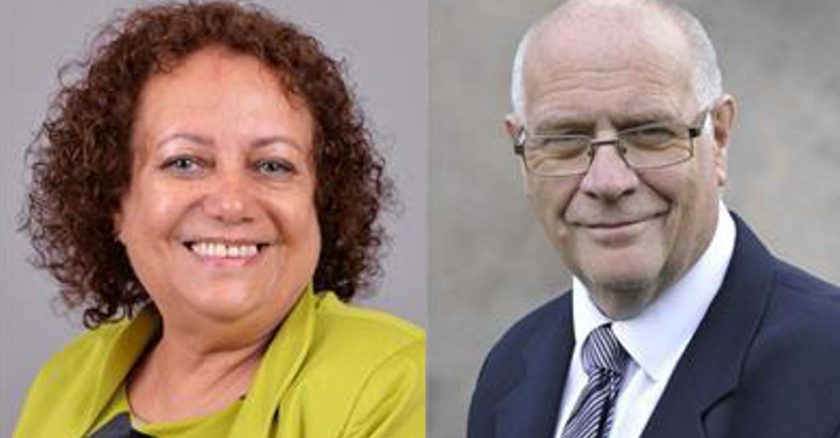 Flintshire councillors explain why they couldn’t take part in debate on blueprint for 7,000 new houses

Two Flintshire politicians have explained why they were unable to take part in a debate on a blueprint for around 7,000 new homes in the county.

Flintshire Council’s draft Local Development Plan (LDP) was approved to go out for public consultation at a meeting held earlier this week.

However, two Labour community leaders were advised they would not be able to speak after campaigning against one of the proposed housing sites.

Cllrs Gladys and David Healey, who represent the villages of Hope and Caergwrle, opposed a previous planning application for land at Bluebell Field on Wrexham Road, Abermorddu.

As a result, Flintshire’s chief legal officer Gareth Owens issued guidance to the married couple that they should declare a prejudicial interest and leave the meeting.

Both councillors said they fully understood the reasons for the ruling, but felt it could hinder them from speaking out on other elements of the plan.

Cllr Glady Healey said: “Although I was involved in the campaign to oppose an outline planning application for Bluebell Field, this ruling means it is difficult for me to speak on any aspect of the LDP.

“We make no apologies for having this prejudicial interest.

“If something is not right we will speak out about it – that is what representing our community is about.

“My residents will be concerned to learn that the LDP proposals also include an extension of Traveller pitches in Gwen Lane, Hope by six to eight pitches.

In declaring his interest, Cllr David Healey said his predecessor Stella Jones, who died in 2015, had managed to get Bluebell Field removed from the Unitary Development Plan which is currently in force in the county.

He said she would be ‘turning in her grave’ at its inclusion in the LDP, but added he would not give up on working with his constituents.

He said: “The ruling does not prevent us from continuing to be proactive in our community.

“We have arranged for a public meeting to be held at the Community Centre, Heulwen Close, Hope on Monday 23rd September between 7pm and 9pm.

“We would urge local people with concerns about the LDP to come along.”

A consultation on the LDP is set to begin at the end of September following its approval at this week’s full council meeting.

During the debate, Mr Owens said the reason for his advice to councillors who have actively been involved in campaigns against sites was to ensure confidence that the process was being conducted fairly.

He said: “I know this is a difficult issue for members and it’s an important issue for their communities so it’s important that I record my advice.

“For a significant strategy like the LDP, it is doubly important that all parties have that confidence.

“Lobbying for or against the inclusion of sites, where members have personally been involved in that campaign then my advice is that has an impact on a member’s wellbeing, and they would have a personal and prejudicial interest in the plan.”

Mr Owens added that all councillors would be advised on how they can continue to represent their communities.