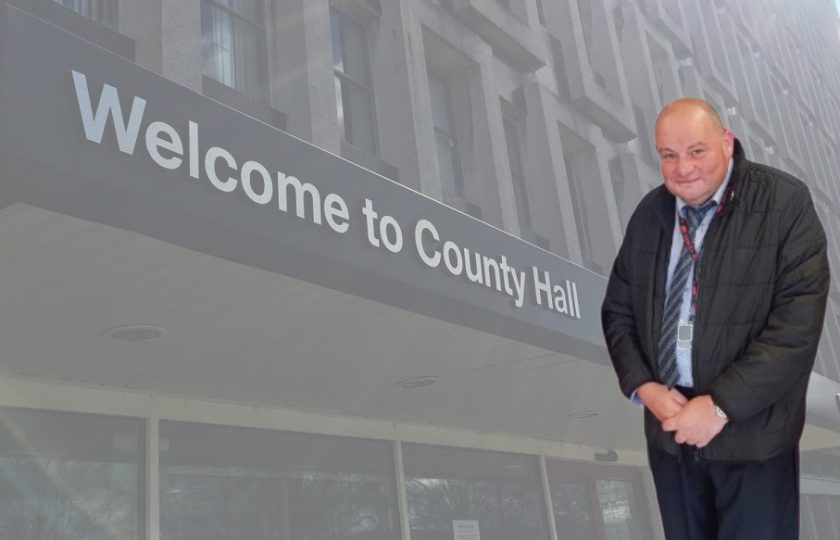 A Flintshire councillor has made a public apology after questioning whether the local authority’s handling of a planning application should be referred to the police.

Cllr Bernie Attridge, who represents part of Connah’s Quay, was accused of launching a “witch hunt” against officers during a planning committee meeting last month.

Councillors met to discuss proposals to build 80 houses on land at Coppy Farm in Gwernaffield, near Mold, which had been recommended for refusal.

A row broke out at the virtual meeting over an e-mail sent to developers behind the scheme before the application was put forward in which a case officer said he believed the plans would be acceptable.

Cllr Attridge said he had written to the council’s planning solicitor Matt Georgiou to ask whether the matter should be referred to North Wales Police.

However, he has now apologised after admitting he failed to mention that the advice he received in return indicated there were no grounds for police involvement.

Speaking at this month’s committee meeting, which was held yesterday (Wednesday 13 January), he said: “At the last meeting of the planning committee, in my submission and comments I made reference to me contacting the planning solicitor asking if an investigation or police referral should be made after receiving an email from the applicant’s agents.

“At the meeting, I did not explain to the members or officers what my advice was from the planning solicitor. I left it open ended without explanation.”

Cllr Attridge then read the e-mail he received from Mr Georgiou out to members.

Within it, the solicitor stated: “There is nothing in it that suggests any criminal activity, or which justify or substantiates the allegation of interference or malpractice.”

He also rejected the councillor’s calls for discussion of the application to be deferred, highlighting “fundamental policy objections” to the proposals.

Cllr Attridge added: “Mr chairman, after watching the recording on two or three occasions, I sincerely offer my apologies to you, to members and to officers for not giving the full picture in my submission at the last meeting of what that advice was.

“I ask that yourself, members and officers consider accepting my explanation.”

Councillors rejected the application by a majority vote at last month’s meeting amid concerns over what was described as a “speculative development”.

Case officer James Beattie defended his actions by acknowledging that informal discussions had been held about the general principles of the proposals.

However, he said the full details, including the number of houses and the layout of the scheme, weren’t known at the time.

He was also backed by a number of committee members during the meeting.

Colin Everett, the council’s chief executive, yesterday thanked Cllr Attridge for his apology, but urged those present to be more careful about their comments in future.

He said: “I had advised Cllr Attridge as head of paid service that I believed an explanation, retraction and an apology was needed.

“I will consult with the officers affected by the comments to see whether they think the statement was adequate or not and that will be their decision.

“We do need to guard the committee against comments of this type from any member, because whether intended or not, they do affect the professional standing of officers, and they affect public confidence in this very committee.”

He added: “If you wish to challenge the performance of officers then that’s absolutely fair and correct as members, but you do it constructively and fairly.

“You do not raise questions of conduct and professionalism in public meetings – there are processes for that and raising them here is not one of them.”