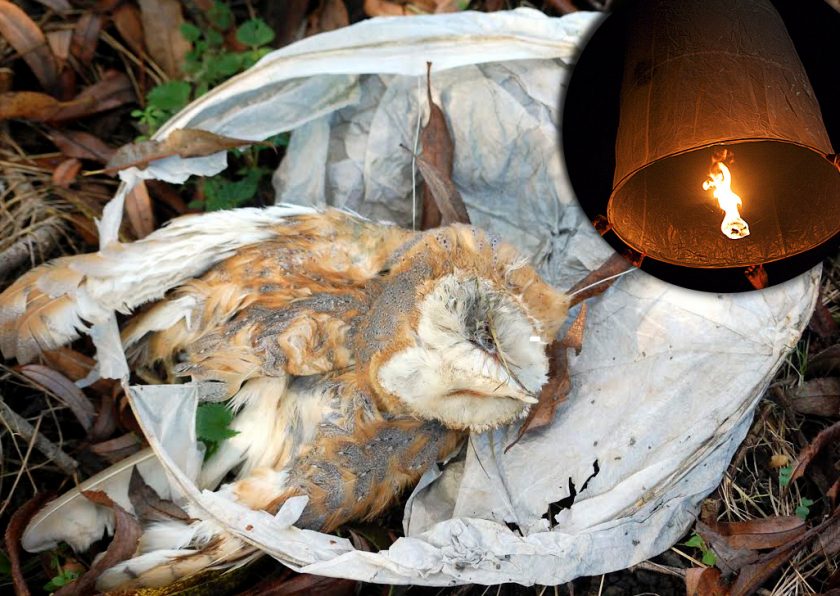 RSPCA Cymru is calling on the last two councils in Wales to ban the use of sky lanterns on their land.

Flintshire County Council along with Merthyr Tydfil Borough Council are the only two councils who have yet to bring in a ban.

Sky lanterns – often known as Chinese lanterns – can harm wildlife, livestock and other animals by causing injuries that lead to suffering and a slow painful death. 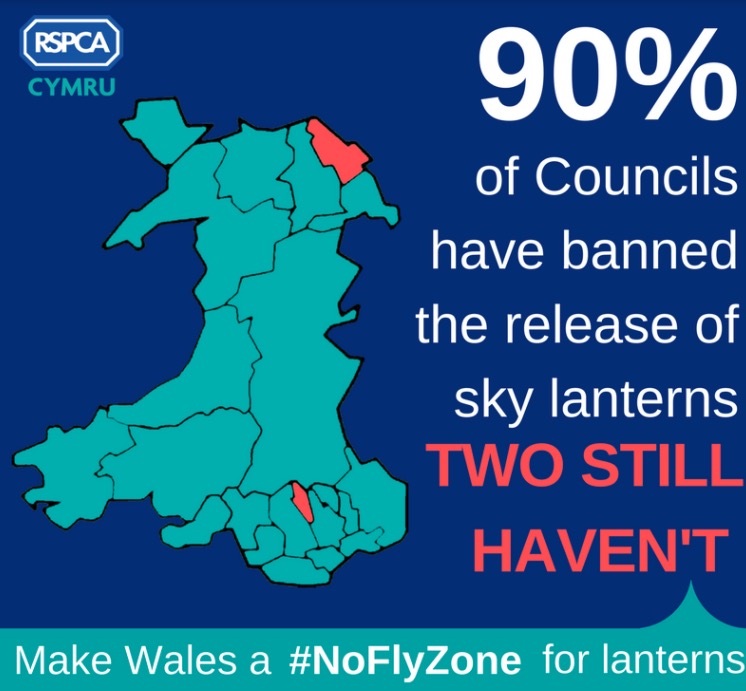 RSPCA Cymru has been highlighting the dangers associated with the use of sky lanterns for a number of years.

In October 2013 the Welsh Government wrote to Local Authorities encouraging them to introduce a voluntary ban and, following a campaign by RSPCA Cymru, 20 of 22 Local Authorities have now banned the release of sky lanterns from their land.

“Sky lanterns pose clear danger to animals. They may look pretty – but they’re also pretty dangerous. Sadly, many people forget that, if they release a lantern or helium balloon, they have no control over where it lands, or the damage it can do which can include suffocation, entrapment and fire.

“With Newport, Ynys Mon and Wrexham confirming bans in the past month we are now calling on the final two councils, Merthyr and Flintshire, to take steps to ban the use of these dangerous sky lanterns from their land and join the other 20 councils in doing the right thing.

“Our ultimate aim is for the Welsh Government is to impose an outright ban across Wales.”

To urge Merthyr and Flintshire to do their bit to make Wales a no-fly zone visit rspca.org.uk/getinvolved