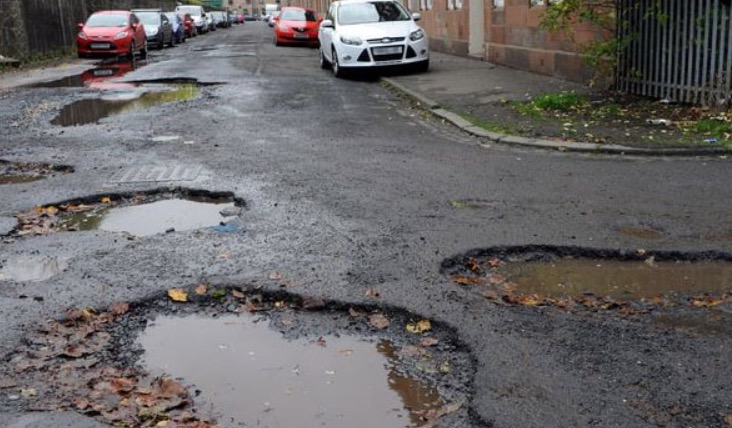 Flintshire County Council has revealed it is facing a road repair backlog of £40m following a difficult winter.

The large sum was revealed by cabinet member Carolyn Thomas at an environment scrutiny committee meeting today after the county was hit by heavy snow and icy conditions over the last few months.

Councillors debated how to address the number of potholes on Flintshire’s highways, and were told that £2.7m was required just to keep them in their current condition.

Chief Officer for Streetscene and Transportation Steve Jones, said: “It’s necessary for us to repair safety related defects as soon as possible and the best way to do that is the temporary filling of potholes.

“In response to the significant weather in December, we increased the number of crews responding to defect repairs.

“Four crews stayed on until the end of May to try and react to faults across the service.”

He revealed that crews had been called to carry out repairs on 160 occasions, compared to 70 the previous year.

Meanwhile, approximately 30 resurfacing works are set to take place between now and the end of September to deal with faults on the road network.

Flint Trelawny councillor Vicky Perfect said she had been approached by a number of residents concerned about the number of potholes in the area.

Quoting the Beatle’s song A Day in the Life, she said: “I always tell people how the Beatles wrote a song in 1966 which says there’s 4,000 holes in Blackburn, Lancashire and I think that there’s actually more than that in Flintshire.”

Cllr Thomas said: “It’s going to take a lot of patience from people, particularly on the road in Flint which is a popular tourist route.

“We’ve got £2m to do these schemes, but we could do with more money though and that’s what I’ll be lobbying for.”

However, members also held out praise for the work of the council’s highways teams.

Cllr Richard Lloyd said: “I’d like to thank the crew members for going round in the recent weather conditions, which were horrendous.

“They did a tremendous job of keeping the roads open.”

Councillors voted in favour of approving the scheduled resurfacing works in order to improve the county’s worst affected roads.