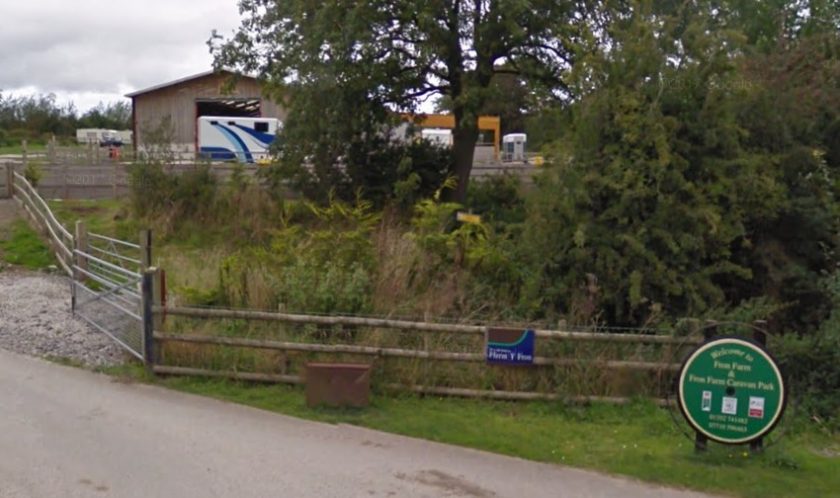 A Flintshire caravan park has been given the green light to sell alcohol and play music after concerns over noise from the site were dismissed.

Councillors met today (Monday, January 11) to discuss an application by the owners of Fron Farm Caravan Park in Hendre, near Mold.

They were seeking permission to sell alcohol to campers between 8am and 8pm most days, and until 10pm on Saturdays, as well as approval to play music indoors on Saturday nights.

Neighbours voiced objections after claiming it would cause a disturbance in a quiet countryside area, with some describing examples of “rowdy” behaviour at previous events at the site, which has 200 pitches.

However, Ceri Roberts, who runs the park alongside her husband, strongly denied the claims and said they were aiming to sell alcohol to visitors alongside an evening meal.

She added that the entertainment would either consist of acoustic or solo acts, which would not generate a large amount of noise.

Speaking at a virtual meeting of Flintshire Council’s licensing committee, she said: “We’ve never been approached by environmental health and noise pollution.

“If we’ve held an event, it would have been through applying for a temporary event notice.

“I would dispute what’s been said that excessively noisy events have been occurring historically.

“It makes this place sound absolutely awful and I think it’s quite unfair, particularly as some of these comments have gone into the newspapers.”

Her remarks came despite some neighbours stating that granting the licence would be “completely unacceptable”.

They said there had been cases where music had been played until nearly 1am during previous events at the park.

In a letter sent to the committee before the meeting, nearby resident Ian Betts said: “Past music, sporting and party events at this site have been highly disruptive, and the volume of music at such events has been clearly audible inside our home with all windows and doors closed, until 12.45am.

“(There was) associated shouting, screaming, and laughing as tourists make their way back across the site, until well into the early hours.”

Mr Betts said he had submitted several noise complaints to the council since 2012.

He said he had also kept a log of the noise incidents, but this was not included as part of his evidence.

Both the local authority and North Wales Police did not object to the application.

In response to questions over how he raised his concerns, Mr Betts said: “I found that actually going to the site and making a complaint had no impact and no results at all.

He said the authority had refused to monitor noise levels at the caravan park, as with people constantly moving on and off the site, it would be difficult to identify who was responsible.

In her representations, Mrs Roberts said a number of measures would be put in place to ensure there is no disruption to neighbours, including CCTV, a “Challenge 25” policy to prevent alcohol sales to under 18s and noise tests.

The proposals specifically relate to the park’s cafe, site shop and reception area.

The application was approved after committee chair Tony Sharps said he’d grown tired of listening to counter claims between the two parties.

The Northop Hall councillor said: “All I’m doing at the moment is catching a cold here listening to all this stuff and I’m starting to feel a bit agitated by it.

“This has been a very long case where we’ve heard a lot of hearsay and accusations.”

At the end of the meeting, he added: “The decision is, Ceri Roberts, that we’ve agreed to allow your application, with no conditions.

“Thank you for the way that you presented your application.”