Volunteer officers from HM Coastguard Flint were called out to assist colleagues from Wirral and Crosby on Tuesday following initial reports of a male stuck in mud near the Marsh Lane, Elton area.

A multi-agency search operation was launched after police confirmed they were looking for was a 76 year old pensioner from Liverpool who is suffering from Dementia.

Greater Manchester Fire and Rescue Service deployed a drone to assist with the search and a police helicopter was also brought in. 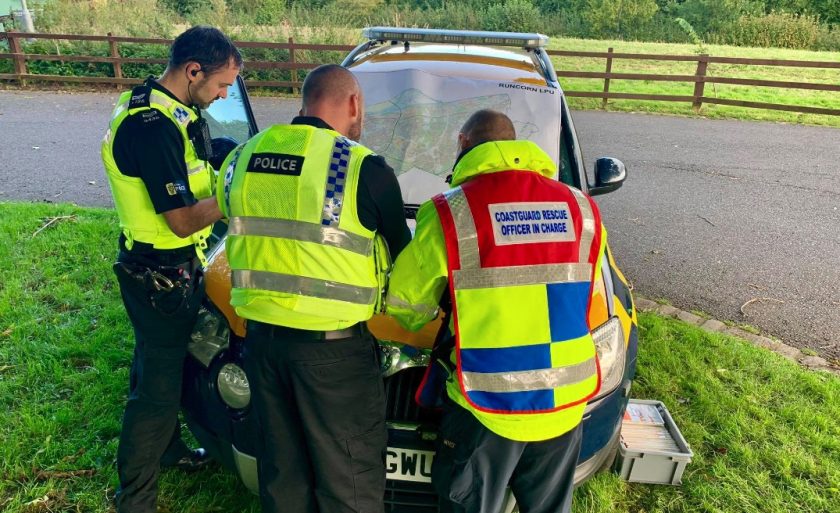 With the area being fully saturated all units have been stood down pending further Merseyside Police enquiries.”

Merseyside Police have appealed for help locating the missing pensioner, a spokesperson said:

“Thomas Cook, who is 76 and from the Liverpool area, was last seen at around 3pm on Monday 7th October wearing a grey Nike tracksuit, walking boots, a black body warmer and black glasses.

He is described as white, around 5ft8, of medium build, with grey short hair and a Liverpool accent.

Mr Cook, who suffers from dementia, is known to the New Brighton area.

We are also appealing to the public to get in touch if they have seen anyone that resembles Thomas or knows where he is to DM @MerPolCC, call 101 or in an emergency, always call 999.”