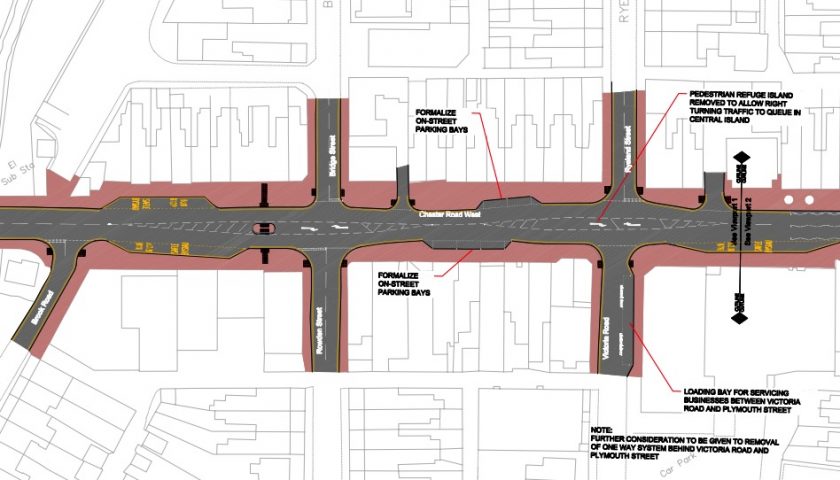 The first of three public consultation events on major plans to ease congestion and improve journey times in Deeside takes place on Tuesday.

Flintshire Council has secured capital funding from the Welsh Government to carry out measures which could shave eight minutes off bus trips for commuters to Deeside Industrial Park.

The first drop-in session will take place tomorrow at Deeside Leisure Centre between 11am and 8pm, with another one during the same times at the centre on Wednesday.

Those attending will get to see plans for new bus and cycle lanes along the B5129 from Queensferry to Shotton Lane,

The pedestrian bridge linking the former John Summers High School site in Queensferry to Deeside Leisure Centre may also be removed as part of the plans and replaced with a signal-controlled crossing. 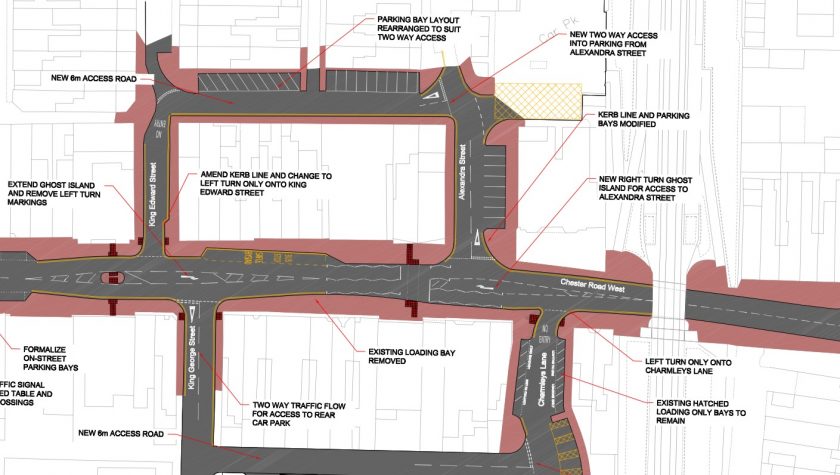 Dedicated bus lanes along the B5129 from Queensferry to Shotton Lane could see new technology to allow buses to communicate with traffic signals, allowing them to proceed through.

The stretch of road sees approximately 14,000 vehicles travel along it every day and the authority said workers often face excessive travel times.

Steve Jones, the council’s chief officer for streetscene and transportation, said the scheme was designed to encourage more people to make the shift from car to bus.
He said: “There are issues of congestion which are clear to see.

There’s an issue with access to Deeside Industrial Park and there’s difficulties for people on the outskirts of Flintshire to gain access to employment, so we’re trying to do something.

This is to improve the access to key employment sites for people across Flintshire and beyond.

It’s important that they’re able to access these highly skilled jobs and that’s what we’re trying to facilitate.

It’s always going to be a busy route and this isn’t going to take the congestion away completely.

“It’s going to take a number of years for people to see a shift.

“Hopefully what we’re trying to do is improve the bus offer so it will make people think about whether they use the car or bus.” 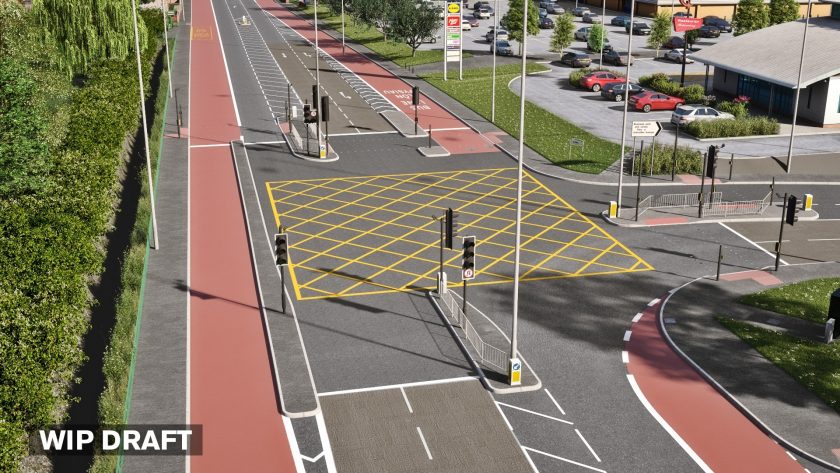 Pending the result of the consultation, new measures around Shotton High Street will be introduced during 2020/21.

Meanwhile, the dedicated bus and cycle lanes from Shotton Lane to Queensferry could be brought in during the upcoming financial year.

The third drop-in session will be held at Ysgol Croes Atti in Shotton on Monday 11th March from 4pm until 7.30pm.

The consultation period is open until midnight of 22nd March 2019.