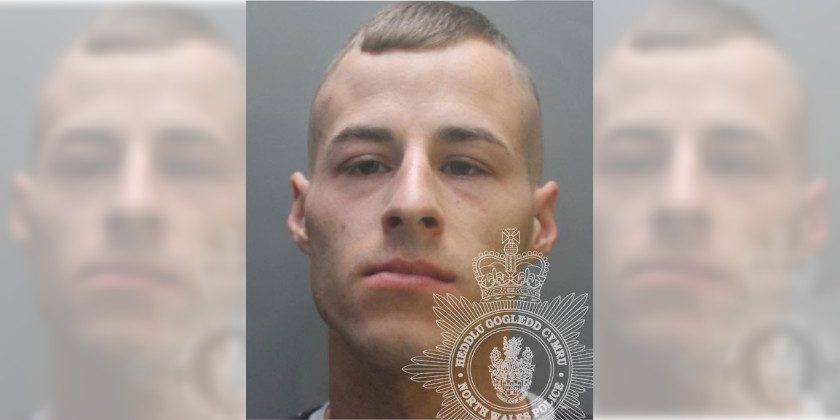 A disqualified driver who drove a car at over 100mph on the A55 with a 7-year-old as his passenger has been jailed.

26-year-old Lucas Troy Needham of Connah’s Quay was sentenced to a total of 30 months in prison after pleading guilty to charges of dangerous driving, fail to stop for police, disqualified driving, no insurance and resisting arrest.

Armed response officers were on duty on the A55 shortly after 11pm on May 20th when they began to pursue a disqualified driver on the A55 near Caerwys.

An officer from the Roads Policing Unit took over the pursuit and the vehicle eventually came to a stop.

The driver, Lucas Needham, who had a seven-year-old child as a passenger in the Vauxhall Vectra was immediately arrested and taken to police custody.

He was later charged and remanded to appear before Magistrates Court.

Needham was sentenced at Mold Crown Court today, June 21 to 30 months in prison. Investigating Officer, PC Pete Doran of the Roads Policing Unit said: “The defendant in this case showed a complete disregard not only for the safety of his seven-year-old passenger but also other road users whilst driving in excess of 130mph, at which some points without any lights being displayed on the vehicle.

“This was one of the worst cases of driving I have seen in my 20 years of policing.

I welcome the sentence that this individual has received and hope it will send out a clear message to anybody who thinks of trying to evade from the police that we will not tolerate this type of behaviour on the roads of North Wales.”