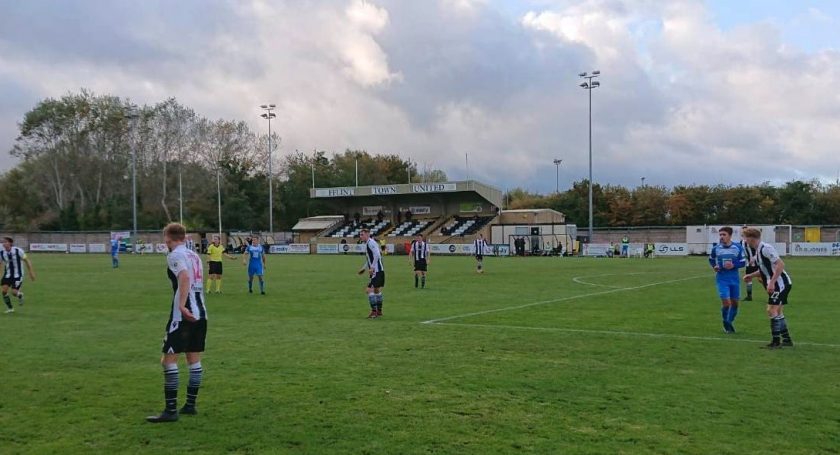 A Flintshire MP has called on the Welsh Government to reconsider its policy around spectator sport in Wales during the coronavirus outbreak and allow a partial, safe return of fans to grounds.

At present, Welsh Government restrictions prevent fans from returning to watch and support spectator sports, with sports such as football being forced to be played behind closed doors.

Delyn MP Rob Roberts says “this is having a potentially devastating impact on local, grass-roots clubs who often rely on revenue from fans to remain financially afloat.

Sadly, if fans are not allowed to return to clubs soon, many will soon face the risk of closure.”

The MP has written to the First Minister and the Deputy Minister for Culture, Sport and Tourism in the Welsh Government, requesting that they reconsider their guidance and allow fans to return to watch sport.

For many grass roots football clubs, the revenue provided by fans, whether it be through ticket sales or food and drink sales, is vital to their survival.

Football clubs have been in turmoil since March as have seen the football season suspended, and now as matches resume will have to fund high costs without their usual income from fans.

“It is crucial that local football clubs are able to remain open, not only for the clubs themselves but for the many benefits they bring to both fans and the local community. Sports clubs are often the central point of many communities, providing support for the local economy and businesses as well as jobs to local people.”

“It is also important to note that allowing a partial return of fans to spectator sport can be done safely – as proven by the phased return of fans in other European countries such as Germany. Many clubs have already complied with Covid-19 guidelines and have made their grounds safe. Moreover, the risk to fans is minimal with football grounds often largely outdoors, stewarded and highly regulated.” Said Mr Roberts.

The Delyn MP met with the Chairman of Flint Town United, Darryl Williams, the club has recently returned to the Cymru Premier League.

Mr Williams says that even a reduced capacity of just 15 – 20 percent would be “hugely beneficial to Flint Town United FC” as it would help them get through this challenging period and be in a stronger position when sport can fully return to normal.

Commenting on the launch of his campaign, Rob Roberts said:

“Clubs have gone to great lengths to make themselves COVID-safe to enable the games to be played at all, with red, amber and green zones around the grounds and plenty of precautions being taken.

“These grounds aren’t like the English Premier League stadiums – supporters walk to them in the open air, pass through an open-air gateway and stand to watch the match in the open air. There is no requirement to go indoors at all and we need to appreciate that these fans, who love their clubs, would absolutely stick to the rules otherwise they would risk supporters being banned again and the club being in dire straits!

“We need to have faith in people that they can make the right decisions and support their clubs responsibly otherwise there is the very real risk that some of them may not survive – admitting 15-20% of the fans into an open-air ground to watch their local team is the right thing to do.”

It is vital that that grass-roots clubs like Flint Town United FC are given the opportunity to thrive as we recover and rebuild from the impacts of coronavirus. Currently, Welsh Government policy decisions are preventing clubs from doing just that.

Rob is keen to hear from other local sports clubs in Delyn who may be struggling with similar financial issues due to lack of fan revenue.

Local sports clubs can get in touch, via: rob.roberts.mp@parliament.uk

For further information on the campaign, visit: https://www.rjroberts.co.uk/campaigns/return-fans-spectator-sport