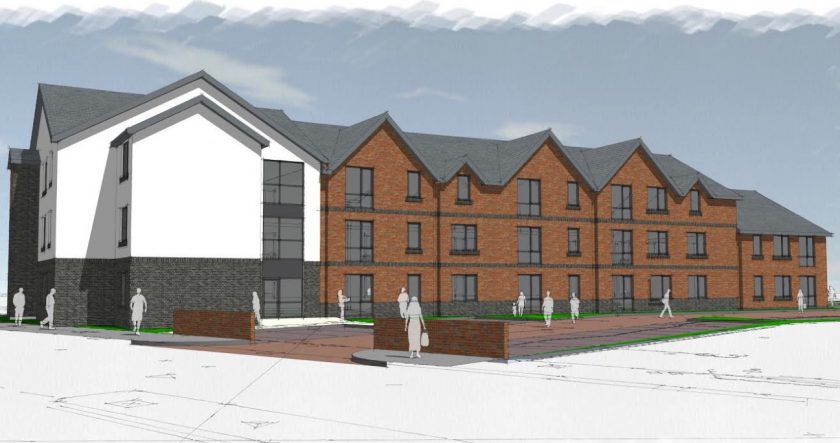 Deeside based Anwyl Construction has kickstarted work on the £3.5million regeneration of the former Boars Head pub in Ewloe, for social housing provider, ClwydAlyn.

Plans for the 28 apartment and three affordable house development were eventually passed by Flintshire planners after they were deferred last November because of concerns about the appearance.

Joint applicants Anwyl Construction and Pennaf Housing chose to redesign the structure in order to address the issues raised and the application was approval by Flintshire Council officers last November.

The majority of councillors agreed that the revised submissions, which included a pitched roof rather than a flat roof, were more attractive despite some outstanding objections.

Attempts to have the Boars Head pub listed proved unsuccessful despite it being recognised by the Royal Commission for Ancient and Historic Buildings in Wales as a rare example of a purpose-built inn.

It includes a later-built extension, which was used to collect tolls from the nearby road.

[The Boars Head had been empty for years]

Demolition of the former pub took place several months ago, followed by enabling works in preparation for construction work to start imminently.

Tom Anwyl, Managing Director of Anwyl Construction explained: “Our partnered approach to development is working incredibly well and we are finding that social housing providers are particularly receptive to this.

There is a major housing shortfall, coupled with a lack of land acquisition and funding, and this model essentially plugs that gap.” 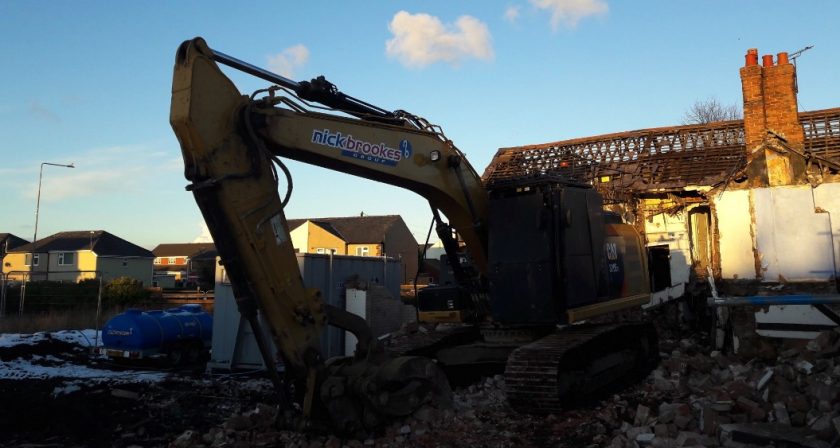 Tom Anwyl continued: “At the heart of our partnered approach is a vision to provide quality social and affordable housing within our local communities.

This scheme will add an alternative solution amongst the local housing landscape, offering over 55’s and families a fantastic place to live.”

Craig Sparrow, Executive Director of Development for ClwydAlyn added: “We are delighted to be involved with this exciting project and have worked so closely with Anwyl Construction to secure this opportunity.

Local people have fond memories of the former pub and the happy times it no doubt provided.

We do though hope that the creation of such a quality development for a mix of ages will provide more happy memories long into the future.”

He added: “Bringing back into use land which is ‘brown field’ is crucial to providing the numbers of new homes Wales badly needs and we at ClwydAlyn are pleased to be part of this approach.”

The development includes 28 one and two bedroom apartments for over 55’s as well as three houses for families.