UPDATE: As the clock bongs 12 …. yep our late addition to todays April foolery.. thanks for the comments – brill as always…

A squabble has broken out between councillors in Flintshire and the Welsh Government over how much money will be shared with the local authority once toll charges come into force on Flintshire Bridge.

Proposals to charge motorists, which haven’t been made public yet, come on the back of a recent summit between both parties where the government revealed it is unwilling to pay for the £200m ‘red route’ road scheme which connects the A55 to the under-utilised Flintshire Bridge.

The government has admitted it made a ‘mistake’ in committing a huge chunk of cash to ‘fix’ the major roads networks in Deeside – “as they are not in South Wales” said one insider.

In a bid to ‘save face’ specialist consultants Hoak, Lyn and Shinker were brought in, they led government and council officials on an urgent fact finding mission to Widnes to look at the new Mersey Gateway Bridge.

Buoyed by the success of the new bridge over the Mersey, most notably the ease in which authorities dished out £1m in fines to motorists in its first five weeks, officials agreed tolls on the Flintshire Bridge would bring a huge benefit the region.

Following a ‘nod and a wink’ agreement between both sets of officials, news reached County Hall that some members of the government were unhappy it was only to receive 60% of any future revenue from the Flintshire Bridge toll and felt Cardiff ‘deserved’ more – “because its in South Wales” said another insider.

Councillors have reacted angrily to new goverment proposals which would see Flintshire get just 10p in every pound spent through the Flintshire bridge toll.

They have now proposed a shadow ‘ferry service’ across the River Dee in a bid to disrupt the government plans.

The blueprint is still in the early stages or as another insider told Deeside.com it is currently “in draft form on beer mats” but we are told plans include the use of the Quay Watermans ‘Wheelie Boats’. 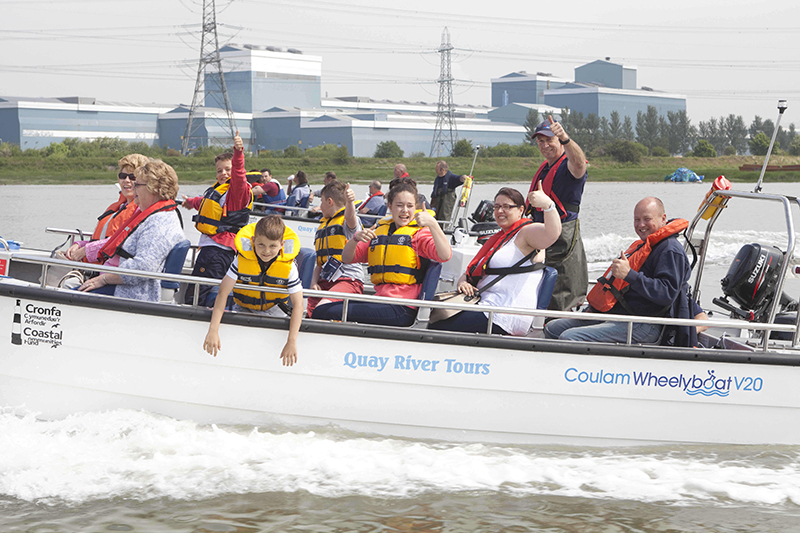 The aim will be take fare paying passengers across the River Dee beneath the bridge, all revenue with be kept by the council, after expenses.

Experts have now been brought in to look at how vehicles could be towed behind the specially adapted Wheelie Boats, ‘going forward’.

“The government has held its hands up and admitted it made a mistake in saying it would pay to sort out the roads in Deeside, it was never going to happen!

Now, to their credit, they are looking at innovative ways in how the public can pay for the new road.

Why should the taxpayer finance the construction of a new road? No, the road user should pay for it and tolling is a great option to not only pay for a new road but also provide much needed revenue for Cardiff.

It’s also a very democratic approach, no-one is obliged to pay the toll if they prefer to sit in a traffic jam on the A494, so be it.”