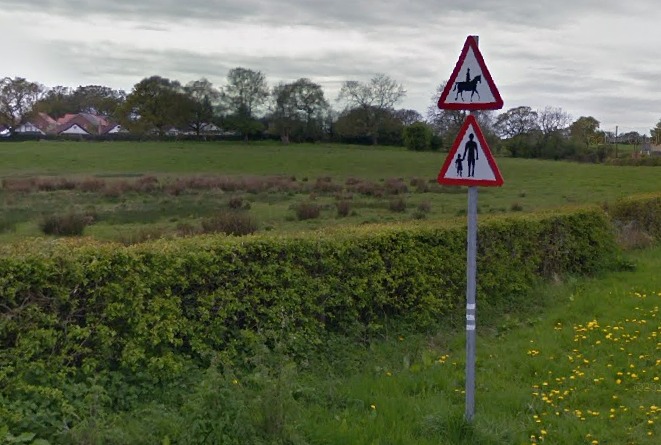 Councillors are being asked to refuse permission for plans to build almost 100 new homes in a small village in Flintshire.

The company recently lodged an appeal with the Planning Inspectorate as Flintshire Council has yet to make a decision on the scheme, which it said would help to address a shortage of housing land in the county.

However, a senior official has now recommended that members of the local authority’s planning committee should turn down the proposals for 92 houses off New Brighton Road.

It follows concerns the development could cause a disturbance to great crested newts at the site, as well issues surrounding a lack of play facilities.

A total of 184 letters of objection have also been received against the plans.

In a report, chief planning officer Andrew Farrow said: “Objections have been raised in relation to the scheme from Natural Resources Wales (NRW).

“NRW is concerned as to the potential impacts of the development on protected species, and in particular on the great crested newt (GCN), which are afforded strict legal protection.

“They consider that the proposal has the potential to cause disturbance to GCN and/or loss or damage to their resting places.

“The proposal provides 0.21 of a hectare of on-site public open space provision in the form of a children’s play area to the west and a landscaped area along the southern boundary.

“Aura Leisure, in their consultation response, opined that the local area for play and the recreation space in the proposed layout is too small for the number of dwellings on this development.”

He added: “Taking all the issues together, and weighing them against each other in the planning balance, my recommendation to the planning committee is that the application should be refused for the reasons identified.”

A consultation report carried out by the firm in advance of submitting the plans revealed a number of concerns from within the local community.

Residents objected to the anticipated growth in population, flood risk and extra traffic.

In response, the company said traffic calming measures would be introduced, whilst the floor level of the houses would be raised to prevent surface water flooding.

They also highlighted that 30 per cent of the properties would be classified as affordable housing for first time buyers and families.

The application will be considered by planning committee members at a meeting on Wednesday, October 28.