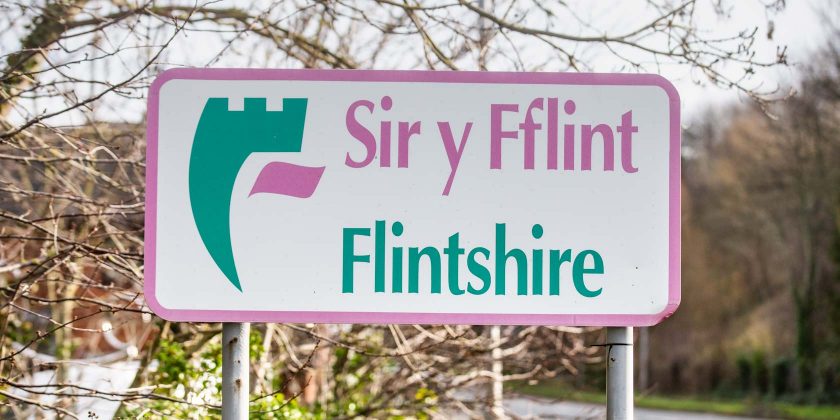 A council chief has expressed concern as a reduction in coronavirus cases in Flintshire has slowed down, whilst care home outbreaks have accelerated.

The county saw the highest number of new confirmed Covid-19 cases today (Tuesday, 17 November) out of the six local authority areas in North Wales at 31, where as no infections were reported in either Conwy or Anglesey.

The latest weekly figures provided by Public Health Wales show Flintshire had 214 cases between November 8 to 14, which was again the largest.

Meanwhile, the seven-day incidence rate per 100,000 of the population stands at 137.1, second only to Wrexham.

Colin Everett, chief executive of Flintshire Council, said he had expected the amount to be lower in the wake of the two-week firebreak restrictions in Wales and improvements in other parts of the country.

The national measures were themselves preceded by a local lockdown in Flintshire, but Mr Everett said North Wales Police had dealt with several breaches of the regulations across the region over the weekend.

He also revealed there had been a spike in coronavirus cases within the county’s care homes, with 12 establishments currently impacted.

Providing an update on the local situation at a virtual meeting this morning, he said: “I would’ve hoped the figures would’ve been lower for Flintshire at this point.

“The figures for North Wales are really improved and it is the most stable area for stats like the incidence rate and the positivity rate.

“It’s really positive to see good performance in Wrexham and the most concerning south Wales Valleys authorities dropping down significantly.

“There’s been a huge improvement, but the figures are largely static the last few days, which might suggest we’ve hit a new lower level plateau.

“Public conformity with the regulations is so critical. It’s been well covered in the press that North Wales Police had a very challenging weekend with a number of flagrant breaches of the regulations.”

Members of the council’s ruling cabinet were told that NHS services in the area were holding up well, despite the comparatively high number of cases in Flintshire.

It comes after a field hospital set up at Deeside Leisure Centre in Queensferry opened its doors to recovering Covid-19 patients for the first time last week.

At the initial peak of the virus, more than half of the 27 homes in the county were reporting positive coronavirus cases.

The number of care homes classed as “red” – where the virus is present – had dropped to three by July.

However, Mr Everett said that figure had risen significantly once again.

He said: “We do have a growing area of concern in residential care homes that our number of red care homes is 12 at the moment. That has gone up over the last week.

“Pleasingly, the NHS capacity is sound at this point and the number of Covid admissions has gone down this week compared to last.

“But we’re all in some trepidation over the winter and we would expect the figures to begin to rise over the next few weeks.

“It’s at what pace and to what level they rise, as predicted by government.”