Could timber frame homes be one solution to help demand for housing in Flintshire? 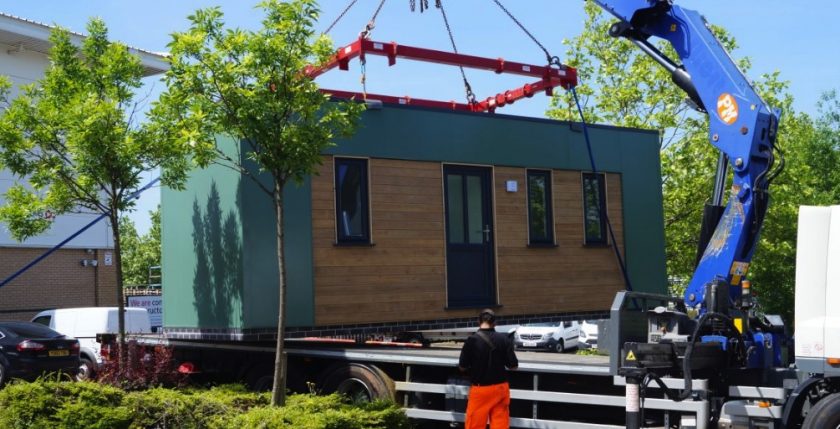 Timber frame homes have been suggested as a possible solution to meet the demand for housing in Flintshire.

It comes as the local authority has set out its strategy to increase the number of properties available in the county, including through new builds.

Work has recently begun to create a new ‘modular house’ factory on Anglesey, where timber frame homes can be built in less than two weeks.

The council’s cabinet member for housing agreed that it was a possibility which should be explored in light of more private landlords refusing to accept tenants in receipt of benefits.

Cllr Bernie Attridge (Lab) highlighted a proposed development of timber frame apartments in Garden City as an example of how the authority is looking at different methods.

Addressing a meeting of the community and enterprise scrutiny committee in Mold this morning, he said: “There’s lots of different kinds of constructions.

“With the Garden City scheme we’re dipping our toe in the water because they’re being built off site and we’ll have people in quicker than if it’s bricks and mortar.
“At the end of the day we want to build as many homes as we can as quick as we can.

“What we are finding, especially in Deeside is that private landlords are putting up signs saying ‘No Universal Credit, no DHSS,’ and it’s now becoming quite common where they’re just not entertaining them.

“Until it’s sorted through national government, it’s going to get worse I believe.”

However, one councillor expressed concerns about the fire risk posed by houses built out of wood.

Cllr Dennis Hutchinson (Ind) said he felt the possibility of a fire was ‘much greater’ than in a property made of bricks.

But the council’s chief officer for housing said that was not the case.

Neal Cockerton said: “We’re probably going to have a look at a number of companies in terms of fast tracking housing and we’ll be testing some of those concepts out.

“There’s no higher risk through a timber-framed construction.

“Everybody can build houses quickly though, it’s about building the right houses to the standard we want them to be built by.”

The committee unanimously voted in favour of approving the council’s housing strategy.

They also backed an extra recommendation for officers to look at the different forms of housing available.