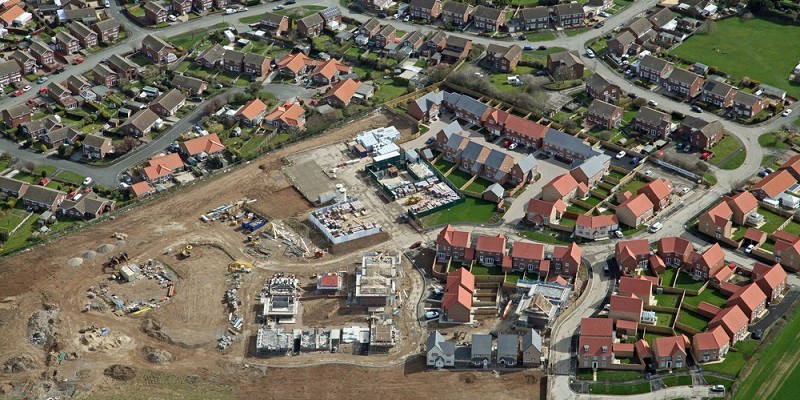 A consultation on a master plan for 7,000 new homes in Flintshire is set to close this coming Monday.

The final draft of Flintshire Council’s Local Development Plan (LDP) was approved by councillors in July.

It was backed by the majority of councillors, despite some questioning whether Flintshire had the right facilities to support thousands of new residents.

There are two main housing sites withing the LDP, the Northern Gateway development in Deeside, where 1,300 homes have been earmarked, along with 300 more at Warren Hall in Broughton.

People living in the county have been given the opportunity to make their views known during a six week consultation period which runs until 5pm on Monday November 11th.

Residents in Ewloe have voiced concerns over the LDP plans which could see up to 300 houses built on green barrier land stretching from Holywell Road To Green Lane in Ewloe Green and land whoch backs onto Circular Drive and another part behind Greenville Avenue.

Marilyn Blamey said, “There are grave problems with infrastructure to support this number of houses and their occupants such as no places available in Ewloe Green Primary School, which already has children classed in portacabins.

Our doctors’ surgeries are oversubscribed, the drain system is already antiquated and overloaded.

Any development will also have a devastating affect on the wildlife in the area, including bats which are a protected species and use the ancient trees and hedgerows.”

Greenbelt land between Ash Lane and Park Avenue in Mancot has been earmarked in the LDP where up to 280 houses could be built.

A petition objecting to a potential large scale housing development on the greenbelt land in Mancot has gained more than 900 signatures so far.

The petition lists a host of reasons why a large scale housing development should not be built on the land between Ash Lane and Park Avenue.

It states that local schools are already over-subscribed with pupils.

“There are already significant traffic and safety issues outside both Sandycroft Primary School and Hawarden Village Church School. Adding a further 250+ plus houses will significantly exacerbate these problems.”

The petition also claims GP surgeries and dentists in the area are “limited in number and are also over-subscribed and struggling to cope with demand locally.”

It says local transport services have already been cut substantially and “will struggle to cope with further demand.”

For more information about the Flintshire LDP click here