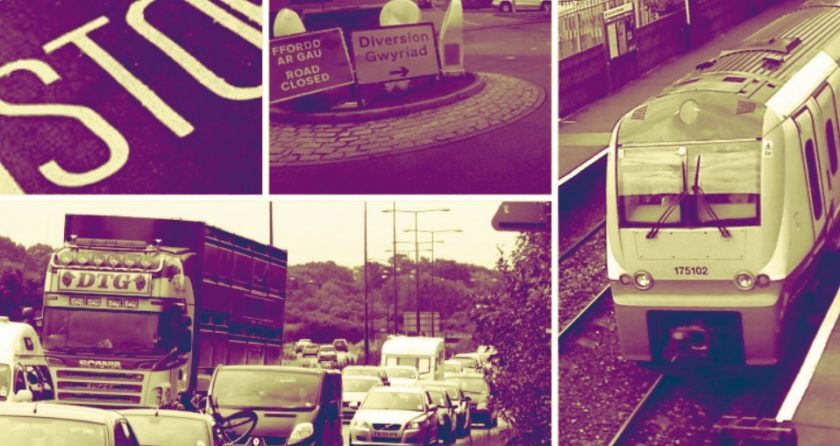 Concerns have been raised regarding the lack of progress made on a multi-million pound project to improve public transport in North East Wales.

The Welsh Government announced details of the North East Wales Metro Project in 2017, which included ambitious proposals for new train stations on Deeside Industrial Park and in Wrexham.

A total of £50 million was committed as part of they key manifesto pledge by Welsh Labour to create a mixture of trams, upgraded railway stations and better bus services in the region.

However, the leader of Flintshire Council believes the Cardiff administration has not moved forward quickly enough with the plans, despite it committing money towards enhancements to roads and cycle routes in the county, as well as a new park and ride facility in Sealand.

Labour council leader  Ian Roberts said there had only been limited discussions about how the main parts of the project would be implemented.

He said: “Transport and the North Wales Metro is unfinished business with the Welsh Government.

“It’s actually very difficult to achieve a North East Wales Metro when there are only two railway lines.

“I think it is of particular interest to really ask the Welsh Government what their intentions are for the North East Wales Metro.

“It does concern me to a certain extent that except for discussions about improving the Wrexham to Bidston line, and the refurbished tube stop which is supposed to be going on Deeside Industrial Park, I actually see very little progress on this.”

Cllr Roberts, who took over the top political post at the authority in April, said the English model of metro schemes generally involved trams and railways services.

But he said it was difficult to see how it could be achieved with the infrastructure in the area and added a bus system was more likely.

His comments were made during a meeting of councillors held at County Hall in Mold.

The project has previously drawn criticism for not including the counties of Conwy, Gwynedd and Anglesey in the west of the region.

Meanwhile, Wrexham Council’s leader said he was generally happy with the speed of progress surrounding the improvements.

However, independent Mark Pritchard called for money made available by the Welsh Government’s decision not to build a £1.4bn relief road on the M4 in South Wales to be put into the North Wales scheme.

He said: “I think we’ve had a commitment off the minister Ken Skates that there will be money to improve the infrastructure, including the pinch points along the A483.

“What I would say is, now that the money which was allocated for the road improvements in South Wales is not going forward, hopefully there will be more money for authorities within North Wales to tap into and improve the infrastructure.

“It could be a connection from the Rossett and Marford area through to the Broughton Airbus site because I think that’s a must.

“I think what we have to do is look for a link road from the A483 between Wrexham and Chester, through to Broughton so that you can cut across.”

In response to the comments, a Welsh Government spokesperson described the North East Wales Metro as a ‘vital’ part of its plans to modernise transport in the region.

They said work on delivering it was progressing well, adding that a Transport for Wales business unit has been established in North Wales to support it.

They said: “Increasing weekday service frequency on the Wrexham-Bidston line to two trains per hour from the end of 2021 is an important aspect of delivering the North East Wales Metro and we have provided funding to Flintshire County Council for schemes to improve access to and within Deeside Industrial Park with a focus on bus and active travel, and to Wrexham County Borough Council for improvements to Wrexham Bus Station.

“We are also progressing plans for the Flintshire corridor red route, which has been supported by the local authority, and will be integral to the delivery of the metro.

“It should be recognised that implementing improvements in many cases requires the need to go through the statutory process.

“Our proposals for the North East Wales metro will help the region be better connected and provide improved access to jobs, facilities and services which will be a boost for commuters, businesses and the economy.”