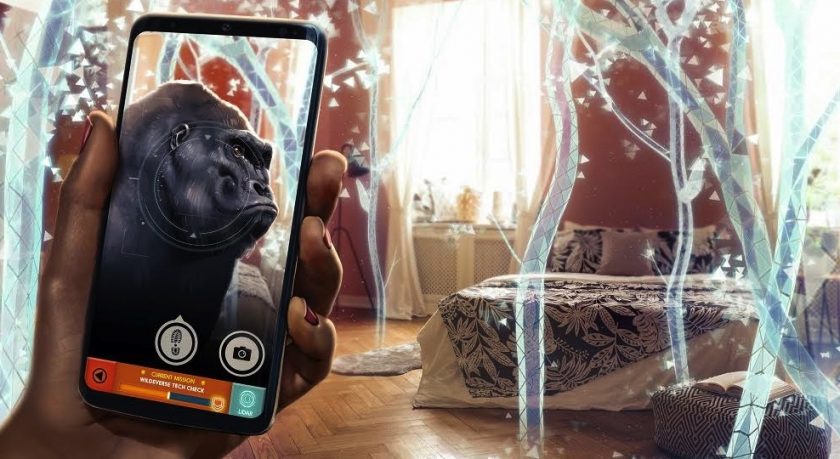 Chester Zoo launches new augmented reality mobile game that transforms players’ worlds into a jungle – enabling them to experience what it’s like to track real apes and carry out conservation challenges, all from their smartphones.

Players join a team of wildlife scientists and help them protect the last wild spaces on earth, which are home to critically endangered apes. The game is based on real animals living in the wild today and the people working to protect them, all brought to life through augmented reality.

Early fans have already labelled Wilderverse as the ‘Pokemon Go for wildlife’, only the characters in the game, and the message of what’s at stake is the future of our natural world, are real.

“We’re always looking for interesting ways to inspire people to join our mission to prevent extinction and become the conservationists of the future. That’s why, for the first time, we’re harnessing the increasing popularity of mobile gaming to encourage people to lead more environmentally-conscious lifestyles and promote the conservation of endangered species.

“This brand new app is an incredibly immersive experience that will transport people to tropical rainforests and bring them closer to nature. It features real conservation heroes that the zoo works with in the field and the storylines and vital conservation messages within the game have all been shaped by the experiences of real conservationists, like those who work at and with Chester Zoo.

“At a time when many of us are staying at home and are more in need of something new and exciting to occupy our time with than ever before, it’s a fantastic way to have wildlife experiences from the comfort of your own home.”

By exploring the virtual jungle from a players’ home, Chester Zoo and its conservation partners hope to build a ‘much-needed’ connection between people and wildlife.

“Ape populations are being decimated across the world. Conservationists on the ground are fighting an uphill battle with the support of only a handful of people.

“To make this game, our team travelled to the jungles of Congo and Borneo to witness the conservation work that is taking place and to scout wildlife stars for the game. After days of tracking several families of apes, Fio the orangutan, Aida the chimpanzee, Buka the gorilla, and Chilli the gibbon were selected for their compelling life stories and quirky personalities.

“We’re on a mission to turn the two billion people playing games today, into wildlife lovers and supporters of conservation efforts.”

The free app is available for download on the app store and from Google Play.

Find out more about how Chester Zoo are working to protect wildlife by tackling the issue of using unsustainable palm oil.