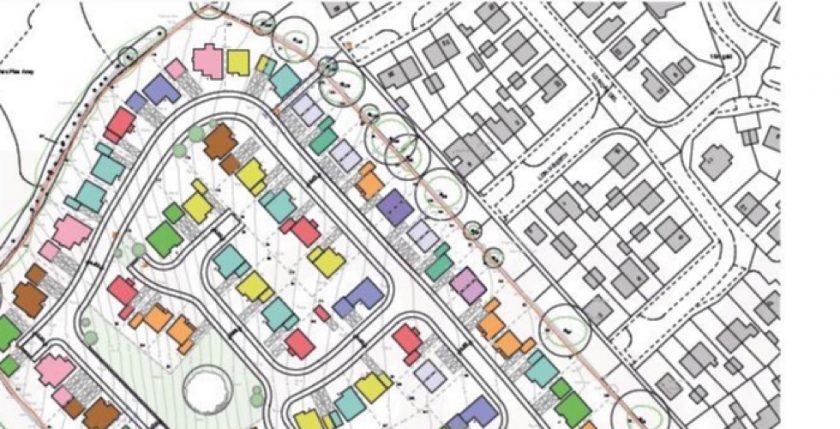 Campaigners have set out their objections after developers signalled their intention to apply to build nearly 90 new homes in Mold.

Gower Homes has launched a consultation ahead of formally entering proposals to redevelop land off Ruthin Road on the outskirts of the town.

The housebuilders say the site at Plas Aney is needed to address a shortfall of new houses being built in the county.

However, members of a campaign group have voiced concerns as the area is currently allocated as green barrier land.

Representatives from the Protection of Green Barriers Action Group said they would be fighting against the proposals for 87 properties.

In a statement posted on their website, they said: “Letters have been delivered to a number of residents adjacent to the proposed development.

“This means that we must now act and co-ordinate our responses via the action committee so as to gain the greatest effect and ensure this development does not go ahead.

“The field is part of the Mold Town Council Future Plan and has been identified as green barrier.

“The council has gone to great expense to get expert advice from consultants, and there is the possibility of someone just riding roughshod over the top and ignoring the advice and wishes of the council and the residents

“Getting access to the site from the main road may be difficult for the developers, as there was a similar request a while ago when another development to the right of St Marys was starting up.”

The Wrexham-based housing company has acknowledged that the site is on green barrier land.

However, officials claimed the lack of available housing sites elsewhere meant the development could be justified.

In draft planning documents published on the J10 Planning website, they said: “The opportunity is to create well placed, connected, high quality, sustainable housing growth location that can attract new residents and support existing shops, services and facilities located in Mold and its town centre.

“Without new housing in the right places, investment will simply locate elsewhere.

“The justification for green barrier removal is considered due to the insufficient supply of brownfield and open countryside sites in sustainable locations; thus representing ‘exceptional circumstances’ that justify the release of the land.

“It will also result in numerous social, economic and environmental benefits.”

Comments are currently being invited on the proposals ahead of them formally being submitted to Flintshire Council.

The plans can be accessed by visiting http://www.j10planning.com/consultations/gower-plas-aney-mold/
By Liam Randall – Local Democracy Reporter (more here).