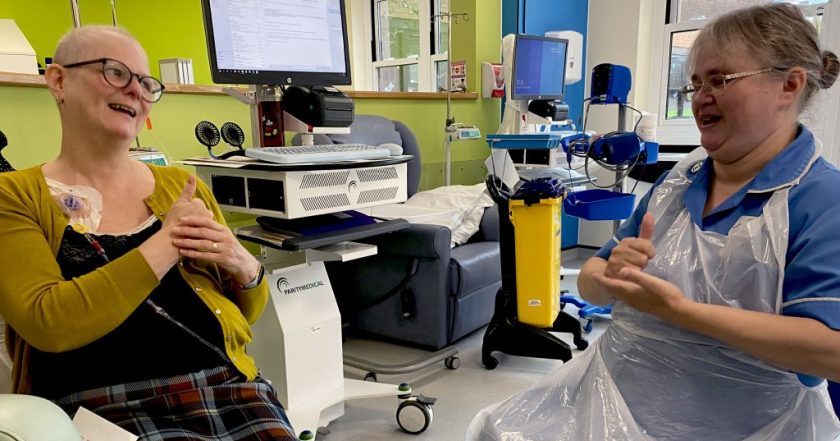 Calls have been made by linguistics experts to improve access to health and emergency services for Deaf people in Wales.

A review conducted for Public Health Wales by linguistics experts Dr Christopher Shank at Bangor University and Dr Anouschka Foltz at the University of Graz, Austria, suggests improvements can be made for the benefit of the Deaf community.

In an emergency, Deaf people who primarily use British Sign Language (BSL) often find themselves unable to communicate properly, putting them at risk.

There is estimated to be between 1,000 and 4,000 Deaf people living in Wales, according to various sources such as BDA and Sign Health, to which both Dr Shank and Dr Foltz acquired their views.

The Deaf community suggest the Welsh Government should increase the numbers of BSL interpreters available within healthcare and emergency settings.

Michelle Fowler-Powe, Access and Inclusion (Advocacy) Coordinator for the British Deaf Association, said: “Despite being the sole language of many in the Deaf community in Wales, BSL has no legal status as a language.

“BSL is described as communication support within NHS Wales Guidelines, while it really should receive the same status as Welsh as a ‘core component of care, not an optional extra’.”

Dr Shank added: “Our report highlights time and again how Deaf people in a critical situation, such as using the 999 text system, are asked to text or communicate detailed medical descriptions in English – often an unfamiliar language to them.

“They are often asked to be precise or use a vocabulary which they don’t have.”

“The resulting ‘barrier fatigue’ can result in low expectations and anxiety at the prospect of engaging with the service.

“Those barriers would not exist if all healthcare services were provided in BSL either through an interpreter or native-signing staff.”

Louise McGrath, Chief Executive Officer at Wales Council for Deaf People, said: “Overall the standard of care received by Deaf people who use Sign Language as their first language is greatly affected due to this being looked upon as a medical need.

“It is not – it is a cultural and linguistic language right, not to mention a human right to communicate in BSL.

“Until BSL has equal rights, as Welsh language has here in Wales, we fear that changes will be slow.