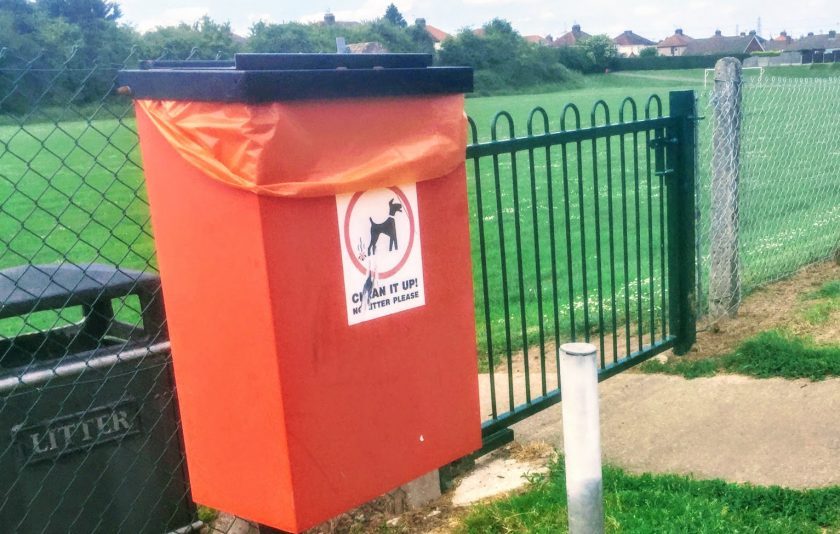 Calls have been made for tougher action against dog foulers in Flintshire after it was revealed that enforcement officers had handed out just three fines.

Flintshire Council previously used a private firm to hand out £75 fixed penalty notices (FPNs) to dog owners who fail to pick up after their pets, as well people dropping litter.

Kingdom Services terminated its contract in 2018 after a strong public backlash over alleged “heavy-handed” tactics used by its officers.

Following the company’s departure, the local authority brought enforcement back in-house with councillors agreeing its own staff should focus on educating members of the public rather than punishing them.

However, questions have now been raised over whether the tactics are working with cases of dog fouling still said to be rife in the county.

It comes after a report showed only three FPNs have been issued for dog fouling since a Public Space Protection Order was introduced to tackle the issue three years ago.

Addressing the matter at a virtual meeting held today (Tuesday, 13 October), Gwernymynydd councillor Kevin Hughes said: “Dog fouling is probably one of the biggest issues people contact me about in my ward.

“I would question why the number of fixed penalties issued is so low.

“The more that are issued, the more we get media and social media coverage.

“I would also like to see something in the order that specifically targets dog owners who fail to dispose of waste in the bins provided and instead leave bags on walls or hanging from trees.”

Members of the local authority’s environment and economy scrutiny committee were asked to support the renewal of two PSPOs, one covering dog control issues and one preventing people from drinking in public places.

It followed a public consultation which showed public backing for extending the two orders for a further three years when they expire this month.

The report highlighted more than 1,100 dog walkers had been approached and given advice under the dog control PSPO, while 45 fines were handed out to people who let their pets enter the boundaries of marked sports pitches.

But officers told the committee that fines were not used as a measure of success and the high visibility of council enforcement officers made it difficult to catch offenders.

Ruth Cartwright, the authority’s regulatory services manager, said: “When we’re looking at the success of the enforcement team, we don’t gauge that on how many fixed penalty issues were actually issued, we look at engagement and education.

“Following the departure of Kingdom, we decided that the officers of the enforcement team would be more visible to engage and speak to dog owners.
“Because they’re so visible now people do comply with the rules.”

She clarified that officers were already able to take action against people who dump dog waste bags under littering regulations.

The council also pledged to carry out a review of signs used to make residents aware of the rules after concerns were raised that they were not present in all areas covered by the order.

Councillors supported the renewal of the PSPOs at the end of the meeting ahead of the matter going before the council’s ruling cabinet for a final decision.