Buckley teacher speaks out about damaging impact of education cuts 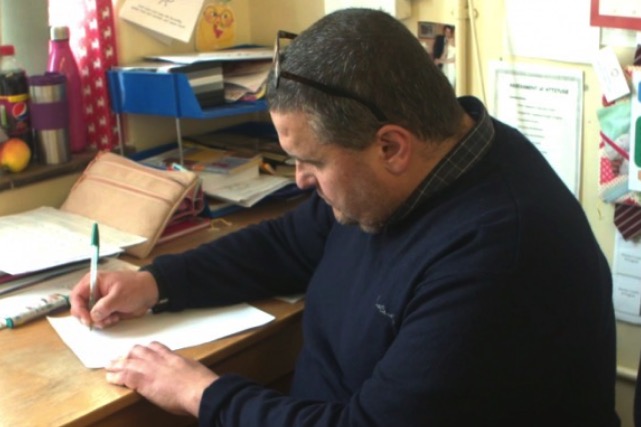 A teacher has spoken out about the damaging impact funding cuts are having on pupils in Flintshire.

Dai Edwards (pictured above) who works at Elfed High School, has highlighted budget reductions as a major issue, resulting in a lack of support for youngsters.

It comes as a total of £260 is estimated to have been lost for each of the 739 pupils at the Buckley secondary school since 2015.

The figures have been released as part of a campaign backed by several national teachers’ unions, who claim Welsh schools have lost out on £58.9m in the last four years.

Mr Edwards, who is head of Welsh at the school, said a number of his colleagues had been made redundant during that period.

He is now backing the campaign for more money to be made available by the UK Government to allow children to reach their potential.

He said: “The number of redundancies I’ve seen are unprecedented.

“It’s not just our teachers and teaching assistants, we’ve been forced to cut back on curriculum too.

“It’s negatively impacting the children and how much support they receive.”

While education is a devolved issue in Wales, union chiefs claim austerity measures from Westminster have led to a reduction in the country’s overall budget, which is impacting on schools.

The Welsh Government receives funding through the Barnett formula, which is a mechanism used by the UK Government to allocate public expenditure to the devolved nations.

The Cardiff administration then passes money on to councils to spend on local services, including education.

However, it is up to each authority how much of its settlement it distributes to schools.

Rob Williams, director of National Association of Head Teachers Cymru said: “The underinvestment in schools in Wales is simply not acceptable and often our most vulnerable learners are worst affected.

“There is widespread concern across the whole country.

“Schools tell us that there is a crisis and that our children are, too often, not getting the education they deserve and to which they are entitled because their schools cannot afford it.

“This is not good enough and we have to put school funding at the top of the agenda.”

According to the campaign, a total of 942 schools across Wales have experienced funding cuts since 2015.

A Welsh Government spokeswoman said it had made more money available to improve education standards, but acknowledged the impact of reductions in UK Government spending.

“In spite of this, we continue to prioritise education spending, which is why we recently announced the single biggest investment in teachers since devolution – a £24m package of professional learning to help raise standards in the classroom.”

The UK Government and Flintshire Council have been asked to comment.