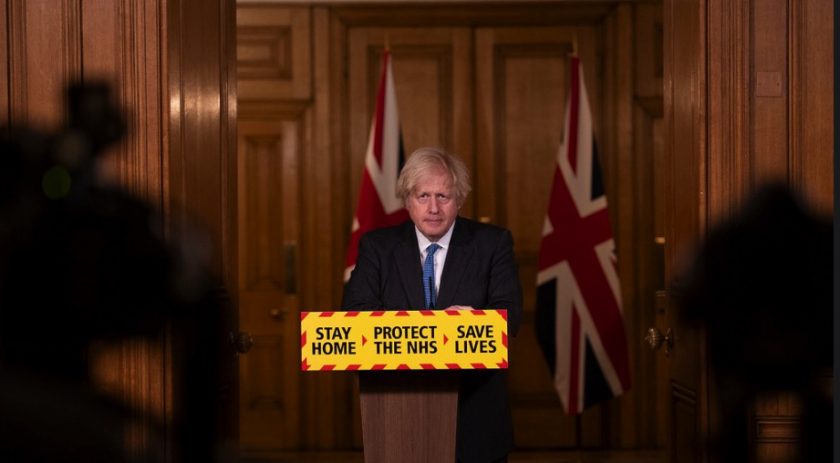 After a week of speculation in the media, Boris Johnson will today set out the UK government’s roadmap for ‘cautiously’ easing lockdown restrictions over the border in England.

The PM will then give a statement to Parliament in the afternoon, he will follow that with a televised press conference at 7pm.

As has been the case all throughout the pandemic, news organisations appear to have been drip fed some of the key details.

In England, from March 8, all schools will allow all students back, people will allowed to meet up with one other person outdoors in a public space.

They will be permitted to sit down for coffee or have a picnic in a park – a slight expansion on current rules allowing people to exercise with one person from another household.

As for meeting up in groups, outdoor gatherings of up to six people – or two households of any size – will be allowed from 29 March.

Outdoor sports facilities, such as tennis and basketball courts, are expected to reopen on 29 March.

Downing Street has also released some early details of what the prime minister is expected to say.

He  will set out the latest data on infection rates, hospitalisations and deaths, as well as early data showing the efficacy of vaccines.

Mr Johnson said: “Today I’ll be setting out a roadmap to bring us [England] out of lockdown cautiously.”

“Our priority has always been getting children back into school which we know is crucial for their education as well as their mental and physical wellbeing, and we will also be prioritising ways for people to reunite with loved ones safely.”

“Our decisions will be made on the latest data at every step, and we will be cautious about this approach so that we do not undo the progress we have achieved so far and the sacrifices each and every one of you has made to keep yourself and others safe.”

“We have therefore set four key tests which must be met before we can move through each step of the plan.”

The roadmap outlines four steps for easing restrictions. Before proceeding to the next step, the UK government will examine the data to assess the impact of previous easements. The assessment will be based on four tests which are that:

The UK government says the the four tests are currently being met, “so the first step will proceed from 8 March, at which point the top four priority cohorts for vaccinations – as determined by the independent JCVI – will have received a degree of immunity, three weeks after being offered their first dose.”

“Due to the current, relatively uniform spread of the virus across the country, restrictions will be eased step-by-step across the whole of England at the same time.”

“Outdoor settings are known to be lower risk than indoor, so outdoor activities will be opened earlier than indoor ones.”

“MPs will have an opportunity to vote on the regulations that will enable this roadmap in Parliament in the coming weeks.”

“We continue to work closely with the Devolved Administrations as we have throughout the pandemic. They are setting out approaches for easing for Scotland, Wales and Northern Ireland.” The UK government said in a press release.

Stay-at-home restrictions will continue in Wales for at least the next three weeks as the youngest pupils begin returning to school today.

On Friday first minister Mark Drakeford said: “Our youngest learners will begin going back to school from 22 February and, if the situation continues to improve over the next three weeks, we hope more primary school children and older students will be able to return from 15 March.”

“We are seeing encouraging green shoots as we move into spring, with better weather and brighter days ahead, coronavirus cases falling and our amazing vaccine roll-out continuing at pace.”

“We have seen, however, time and again the world over, just how quickly the situation can deteriorate in a matter of weeks.”

“But, if we work together to keep Wales safe, we will see more elements of normal life returning.”

The next three-week review of the regulations on March 14 the Welsh government will consider the restrictions around non-essential retail and close contact services.