BelugaXL set to land at Hawarden Airport on Thursday afternoon

BelugaXL is scheduled to land at Hawarden Airport at 3.30pm – Airbus says “the date/time is subject to change due to weather conditions or other unforeseen circumstances.”

The distinctive aircraft – sporting a smiling whale’s face livery – will then head up the River Severn for a flypast over the Severn Bridge at 2.30pm, before heading to Rolls Royce’s factory in Derby for another flypast at about 3.10pm.

The aircraft made its maiden test flight from Toulouse last July but this will be the first time the BelugaXL has been to the UK as part of its 12-month testing programme. The XL – which like its ST predecessor will transport aircraft parts, including wings made in Broughton, across Airbus’ European sites – is due to enter service later this year.

“The imminent arrival of the BelugaXL to the UK has already begun to create considerable interest on social media channels. An Airbus spokesman said: “We are very much looking forward to seeing XL land in Broughton for the first time and are conscious that members of the public may want to witness this historic occasion too.

Unfortunately, we are not able to accommodate sightseers on the factory site and so would encourage people to head to the Chocks Away Diner by the aerodrome, rather than block the public footpaths or create dangers for themselves or other road users.”

The BelugaXL is due to carry out ground tests at the aerodrome until it departs on Saturday. 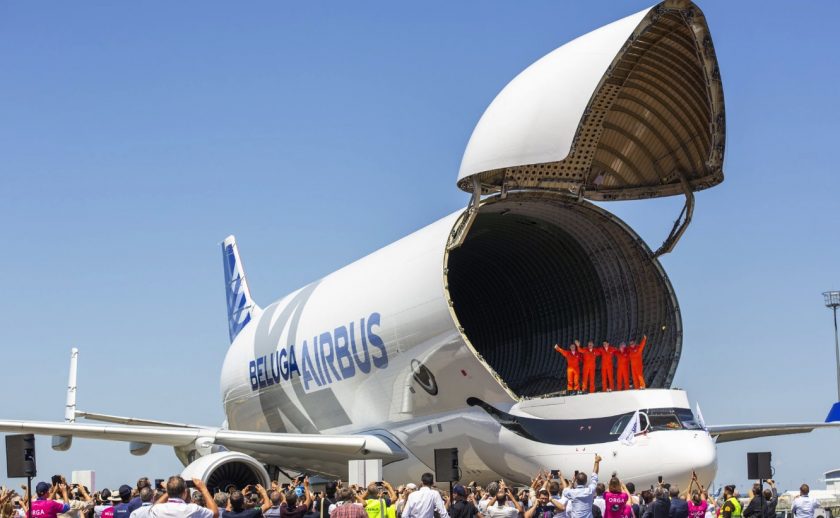