AM slams Welsh Government for ‘short-changing Flintshire schools for years’ 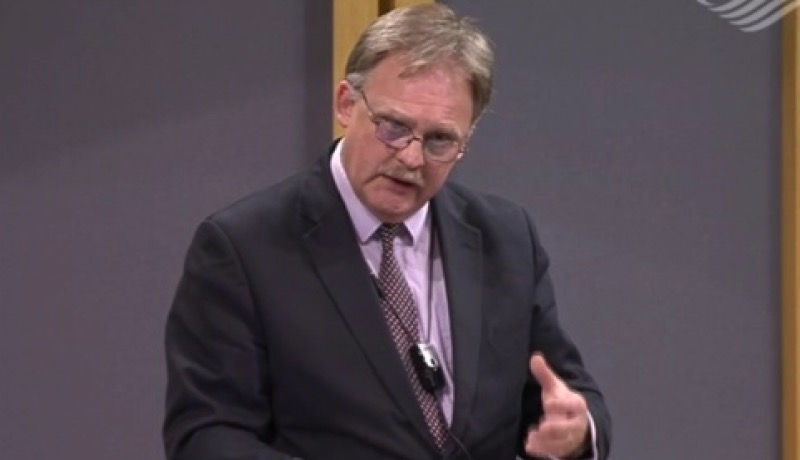 A Conservative AM has hit out at successive Labour Welsh Governments for “failing to take action” to address the fact that schools in Flintshire have been under funded for years.

North Wales Assembly Member Mark Isherwood challenged the Education Minister, Kirsty Williams AM, this week over the continuous poor budget settlements for schools in the County and following his exchange in the Chamber, praised staff and pupils for coping well in such circumstances.

Speaking in the Chamber, he said:

“It’s now 17 years since secondary headteachers in Flintshire first raised concern with me that they receive one of the lowest school budget settlements in Wales, and they told me about the constant pressures they face managing this while striving for educational excellence.

“They’ve continued to receive from Welsh Government every year since one of the lowest settlements – this current year, 2019-20, they got the nineteenth out of 22 overall school budget expenditure per pupil, and eighteenth for delegated budgets per secondary school pupil out of 22 local authorities.

“What action have you therefore taken, if any, since publication of a report last September showing that seven of the County’s 11 secondary schools were in the red, with an overall deficit of nearly £1.5 million, made public shortly after an inspection by education watchdog Estyn found that Flintshire Council had allowed a small number of schools to carry a shortfall for too long?”

In her response, the Minister said  “the funding of secondary schools in Flintshire is predominantly a matter for Flintshire County Council”

She added: “Flintshire are in receipt of a percentage increase in their budget of over 3.5 per cent, and it is for them, now, to decide how best to use those resources”

Mr Isherwood added: “Successive Welsh Governments have short-changed Flintshire’s schools and both staff and pupils deserve huge credit in these circumstances. Ministers in Cardiff continue to take the County for granted, but their buck-passing has now passed its sell-by date”.

“As with other Welsh Councils Flintshire has seen a significant reduction in funding over the last decade.

This is compounded by the fact that Flintshire ranks 19 out of the 22  Councils in Wales on funding received per capita.

The Council has protected school funding levels as far as possible from the overall funding available and continues to prioritise schools as a key area of investment.

Currently the Council invests 34% of its budget in schools and maintaining high quality teaching and targeted support for learners is a priority of the Council.

However despite this protection, many of our schools in Flintshire, particularly secondary schools are struggling to  balance their budgets.  At the end of last financial year 7 out of 11 secondary schools were in deficit and we are anticipating that this number will increase this year.

The Council is committed to increasing investment in our schools but this will largely depend on additional resources being made available by Welsh Government.   As a basic principle Flintshire has consistently made the case for a fully funded policy on devolved annual pay awards, specifically teachers’ pay so that front line services such as schools can be protected.

Whilst the Council welcomes the additional funding announced by Welsh Government for 2020/21, the increase of 3.7% is well below the identified cost pressures and inflationary increases the Council is facing.  Schools alone have significant increases in costs largely relating to pay and pension increases amounting to £6.6m.

For 2020/21 however the Council is committed to meeting these cost pressures in full.”