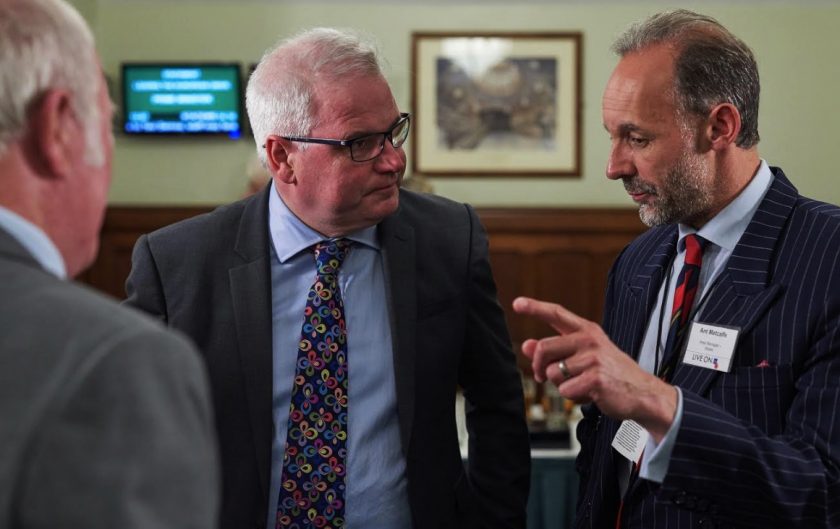 Mark Tami, MP for Alyn and Deeside, recently met with The Royal British Legion’s Wales Area Manager, Antony Metcalfe, military veteran Chris Headon and representatives of the charity at an event in Parliament to discuss support for the Armed Forces community in Wales.

The Legion’s own handy van service also completed 2,247 jobs across Wales, helping people in their own homes to live independently and with the support they require.

In addition to this welfare work the Legion champions Remembrance and safeguards the Military Covenant between the nation and its Armed Forces and is well known for the annual Poppy Appeal, and its emblem the red poppy.

Mark Tami, said “It’s imperative that as a nation we look after our veterans and their families. The sacrifices they have made for this country should never be understated.

“The British Legion have always done so much for the Armed Forces Community and it is fantastic to hear that they continue to do so.”

Antony Metcalfe the Legion’s area manager for Wales, said “I was delighted to see Mark and we were grateful that he took the time to drop in. The Royal British Legion offers a range of welfare support all year round, to the whole Armed Forces community past and present.

This event offered a great opportunity for us to spread the word about the range of services that we provide in Wales and for Mark to hear first-hand from a number for people who we’ve helped how we have supported them since they left the Forces.

I look forward to working with Mark in the future to ensure the needs of our Armed Forces community are reflected in policies at all levels in Wales and the UK”.