This article is old - Published: Wednesday, Apr 10th, 2019
Airbus has said the future of its existing Beluga transporter fleet is now under consideration following the order for a sixth BelugaXL, the planemaker’s next generation airlifter.
Production of BelugaXL aircraft continues to advance as planned the planemaker has said, Airbus has decided to “future proof” the company’s internal transportation network by adding another BelugaXL to the overall fleet as reported by Deeside.com last month. 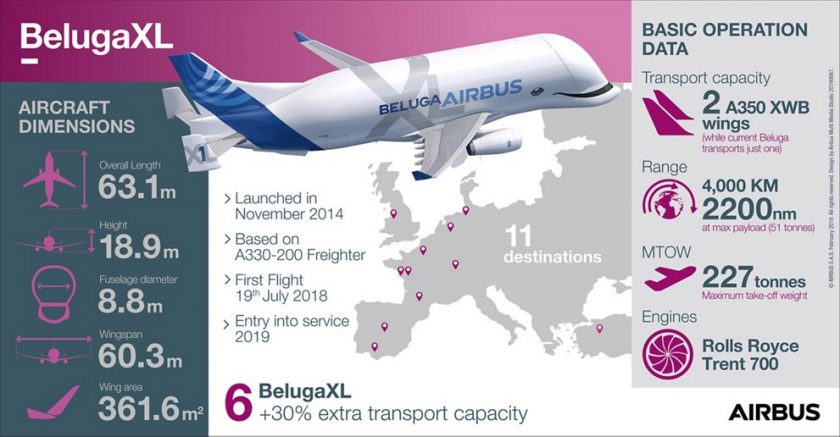