A55 near Holywell back open following ealrier closure 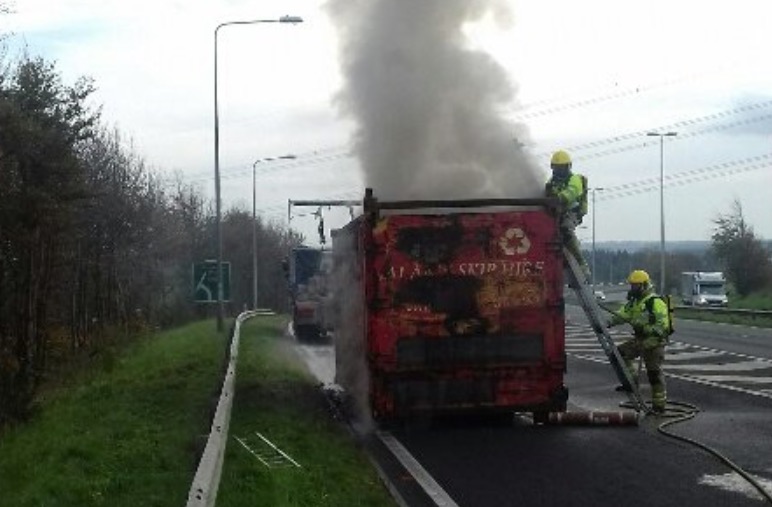 Update: Slow traffic, one lane closed and exit slip road closed due to earlier vehicle fire on A55 Eastbound at J32 A5026 (Holywell). The fire has been extinguished however lane one (Of two) remains closed on the main carriageway along with the exit slip road, There was a full closure in place earlier this morning until around 13:20.

Update: Firefighters look to have extinguished the fire but the highways agency say the carriageway remains closed ‘during incident.’

The Eastbound carriageway of the A55 between J31 Caerwys and J32 Holywell is closed while emergency services deal with skip fire.

Traffic is being diverted off the A55 at junction 31 however there is congestion on the A5026 through Carmel as traffic heads to rejoin the A55 at Pentre Halkyn.