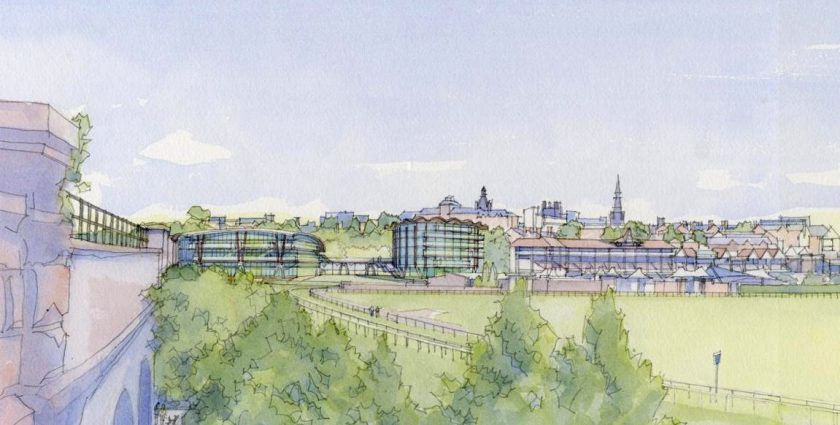 A £100 million vision to transform Chester Racecourse has fallen at the first hurdle.

It would have paved the way for a new grandstand, a conference centre, a boutique hotel and admin office, a multi-storey car park, expansion to the nearby Holiday Inn and two new green spaces.

CWAC officers had called for the development to be approved, but councillors overturned their recommendation over fears the new-look racecourse would dominate Chester’s landscape and harm the city’s heritage.

Cllr Samantha Dixon, Labour member for Chester City, told members: “There is no other racecourse in the country located so close to a city centre. While that adds to the attractiveness of the setting, it undoubtedly brings with it significant challenge.

“You need to consider whether this expansion is sustainable for the city. The racecourse is already a very successful enterprise.

“Is expansion necessary to sustain that success, or will it indeed expand beyond the capacity of the city to cope with it now and in the future?”

The CWAC leader’s Labour colleague Cllr Bob Rudd raised concerns about traffic queuing along Saddlery Way to access the proposed three-storey car park, while Cllr Razia Daniels, Conservative member for Handbridge Park, insisted the proposals would have a ‘huge impact’ on her ward.

She added: “I agree that there is a need for conference facilities for our city and I welcome exciting projects like this which are important to the economy – creating jobs and prosperity.

“I would like to see our city thrive and become a must-see destination for tourists to visit – but it must be done in the most sympathetic way, protecting our precious heritage.”

Chris Clayton, project manager at the Chester Race Company, insisted the scheme would enhance the city – while suggesting the conference centre could allow Chester to compete with Liverpool and Manchester for hosting major events.

He added: “The masterplan reconnects the historic city with the old port, with well designed new buildings and public spaces.

“The street would become more vibrant and safer at night. It would become a much more fitting approach to the city from the west.” 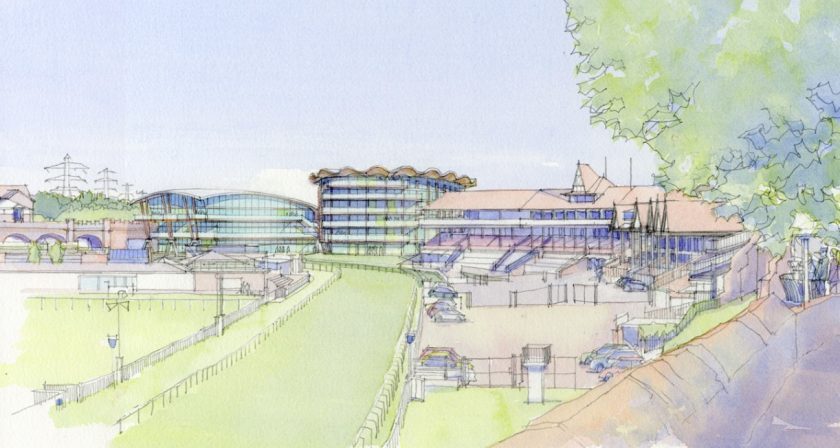 [Artists impression of  the development]

During the debate, Cllr Robert Bisset, Labour, suggested the development would help to safeguard the city’s racecourse for future generations.

He said: “I’m looking at the racing industry today – it’s not quite as buoyant as the wider community might believe and I think it is important that racecourses diversify and keep ahead of the curve.”

But a majority of members rejected the scheme’s design plans – with fears the grandstand would become overbearing and obstruct a view of the Roodee from the City Walls, where the River Dee used to flow.

Cllr Jill Houlbrook, Conservative, said: “We as councillors have to weigh up against losing part of our history that I feel really strongly about, and I know other people do, against a racecourse company which is eager to expand – and why not?

“We do need jobs, we need the city to grow, we need people to come and spend money in the city – but I don’t think we need that at the cost of throwing away part of our history. And that’s what really troubles me.”

Members rejected the overall masterplan by nine votes to two.

Councillors also rejected a concrete proposal to replace the Leverhulme Stand with a six-storey grandstand by seven votes to four.

But the board agreed to defer plans to build a three-storey conference centre to a future meeting to allow officers to iron out arrangements for parking provision – with councillors recognising the need to boost facilities in Chester.

Cllr Eleanor Johnson, Conservative, said: “This building actually excites me, I have to say.”

Cllr Houlbrook added: “This building is needed in Chester and we don’t want to throw the baby out with the bath water.”