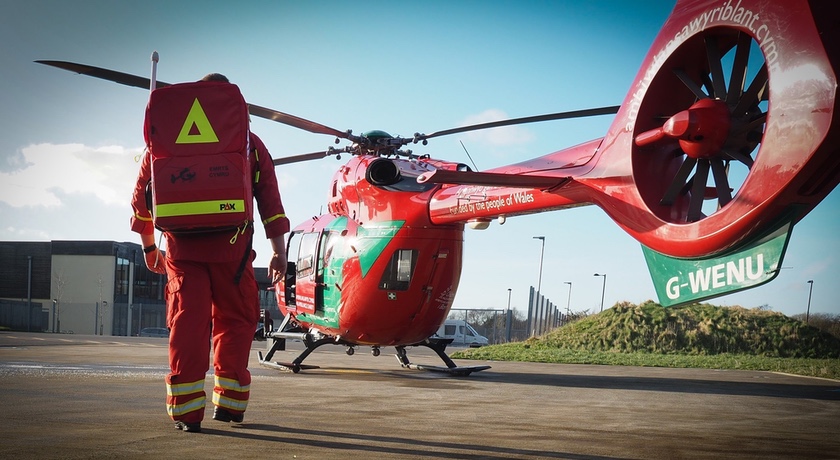 Wales & West Housing Association has selected the Wales Air Ambulance and Blood Bikes as its charities of year.

The two important causes will benefit from funds raised by staff during a two-year period after over 850 staff were invited to nominate charities that were close to their hearts.

A shortlist was drawn up of the most popular suggestions and staff voted for their preferred charity.

“One of the staff members who nominated Wales Air Ambulance had personal experience of the service when one of the older residents living at the housing scheme she manages was taken ill.

“Wales Air Ambulance flew the resident to hospital and our staff member was in no doubt that the speed of the service was critical in saving the person’s life, so we are delighted to be able to support the Charity’s vital work.”

This will not be the first time that Wales & West Housing has raised funds for the Wales Air Ambulance, they raised more than £6,000 in 2006.

Some of the other charities they have supported in recent years include Cancer Research Wales, Stroke Association, Help For Heroes, Alzheimer’s Society, NSPCC, Tenovus and Guide Dogs.

Wales Air Ambulance offers advanced critical care and is often described as a ‘Flying ED’. The on-board consultants and critical care practitioners are highly skilled and carry some of the most pioneering medical equipment in the world.

They can deliver blood transfusions, administer anaesthesia, and undertake emergency operations at the scene of the incident, before flying the patient directly to specialist care.

Now operational 24/7, the charity needs to raise £8 million every year to keep the helicopters flying.

Speaking on how valuable the company think the lifesaving service is Diane added: “Wales Air Ambulance is hugely important.

“It saves lives every single day of the year. When we learned that the service relies entirely on public donations to keep their emergency helicopters flying to all parts of Wales, our staff were keen to help support the Charity and make a difference to its fundraising for the next two years.”

The staff kicked off its fundraising with an Easter egg raffle which raised more than £400.

Over the coming months staff will be running marathons, taking part in sponsored challenges and baking cakes to help fundraise for the two charities.

Katie Macro, Campaigns Manager for the Wales Air Ambulance said: “We’re absolutely delighted to have been chosen as one of Wales & West Housing’s charities of the year for the next two years. Support from businesses like Wales & West Housing is vital in helping us to be there for the people of Wales when they need us most.

“It sounds like Wales & West Housing have some exciting fundraising plans coming up and we wish them well. Their support of our lifesaving charity is much appreciated.”

There are several ways that the public can continue to support the Wales Air Ambulance. These include online donations, signing up to the Charity’s Lifesaving Lottery or by coming up with their own innovative ways to fundraise at home. Further information can be found via www.walesairambulance.com.