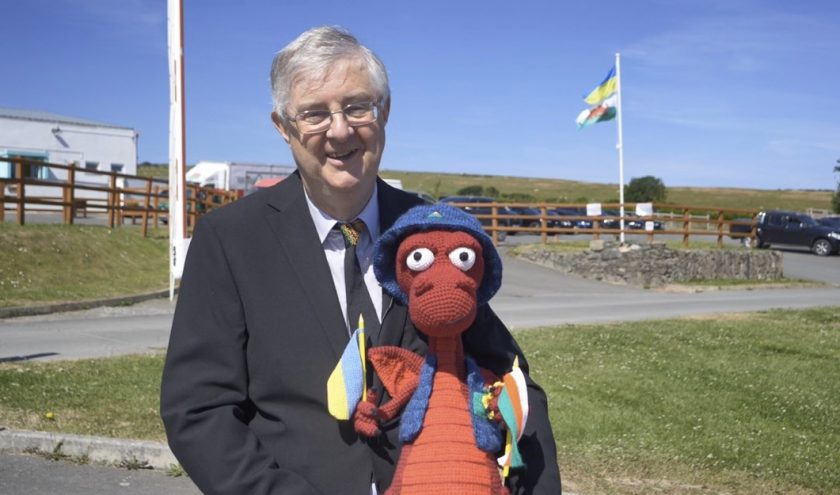 Ukraine nationals who fled their country after the Russian invasion have been welcomed to Wales by the First Minister and Social Justice Minister Jane Hutt.

They visited a Welcome Centre where more than 200 people have been sponsored under the Welsh Government Super Sponsor scheme.

Thousands more people from Ukraine have already claimed sanctuary in Wales, thanks to many people who have kindly volunteered to be a sponsor, after fleeing the country following the Russian invasion.

More than 6,500 people have been welcomed to Wales after having their visa applications confirmed, with 3,600 of these with the Welsh Government as a super sponsor.

A further 5,500 visas have been issued to those with a sponsor in Wales, of which 2,965 have Welsh Government as a super sponsor.

The true figures are likelier to be higher as the total number of confirmed applications is an undercount of around 1,300, with the super-sponsor scheme making up the majority of the undercount.

During their time at the Welcome Centre, guests have been given support in terms of schoolwork for children and young people, finding work for adults and keeping in touch with other Ukrainian families in Wales.

As well as English and Maths lessons for the children, adults have also been taught English to help them settle into Wales and boost their chances of finding work.

Every effort is also being made to enrol children in local schools once their families have found suitable communities to settle into.

Welcome Centres across Wales are working closely with local government, health boards, charities and others in an effort to find suitable places for Ukraine nationals to settle.

They are being given advice to help find their way in a new country, including help with money, welfare benefits and advice about finding work.

Social Justice Minister Jane Hutt: “We are proud to have been able to welcome thousands of people to Wales from Ukraine and it has been truly humbling to meet them today and hear their stories.

“We are determined to be a Nation of Sanctuary and will do everything in our powers to help them rebuild their lives and settle into Wales.

“It has been heartening to see the efforts being made at the Welcome Centre to make them feel at home and I would like to thank them for all they have done.”

First Minister Mark Drakeford said: “We are working very hard with local authorities across Wales to find placements for people after their time in the Welcome Centre.

“Thousands of Welsh households said they wanted to take part in the Homes for Ukraine scheme and many of those are already hosting Ukrainians.

“We would like to thank them for their efforts as, combined with our incredible Welcome Centres across Wales, it has helped provide those in need with sanctuary at their darkest hour.”