Update: ‪The A494 bypass in Cheshire has reopened following the earlier closure due to a collision. 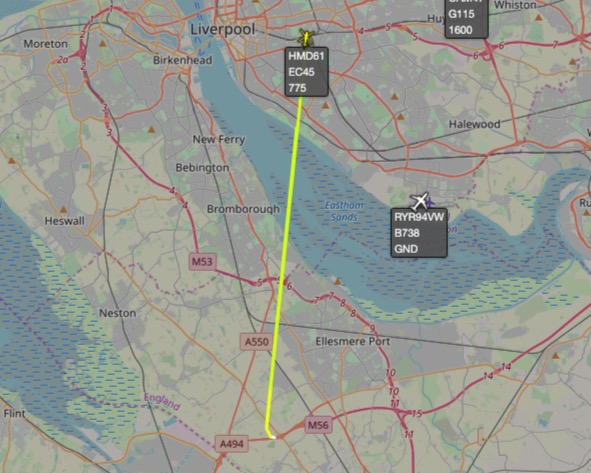 Latest Traffic report states: Road closed due to accident on A494 Northbound from A540 Parkgate Road to M56.

The road was closed at around 13:35, after initially closing the exit slip.

Traffic is also slowing on the M56 Westbound as drivers pass the scene.

Previous Report: Traffic is beginning to build up on the eastbound A494 following a collision near the start of the M56.

The incident has happened on the A494 bypass where it joins the M56.

A traffic report states, “exit ramp closed and queueing traffic due to accident on A494 at M56.

Traffic on the A494 can only access the M56 at this junction, and cannot leave for the A5117” – the Costco roundabout.

“There has been a collision on the Bypass road in Cheshire leaving our network on the A494 to join the #M56 heading eastbound.

The incident is now causing traffic to back up on our network. If you’re travelling in this direction please find alternative route.” 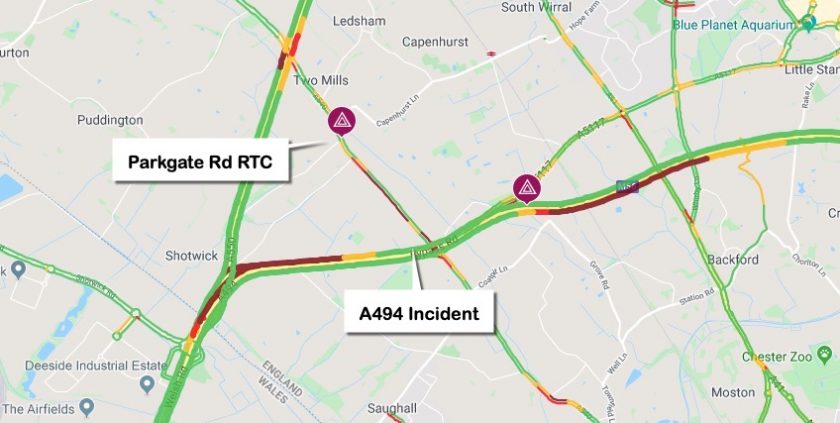 Another collision has taken place on A540 Parkgate Road.

The road is partially blocked both ways near Shotwick Lane after a car overturned near the Two Mills junction.