Teachers across Wales to be balloted on industrial action over pay, the NASUWT Union is set to announce 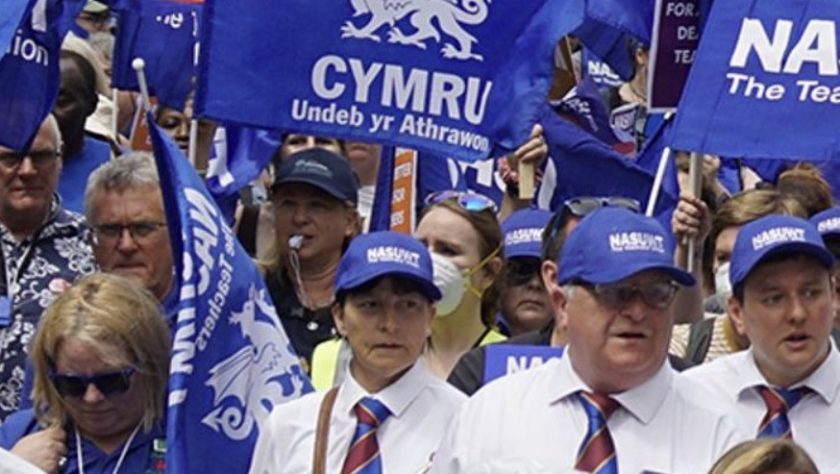 Members of NASUWT-The Teachers’ Union across Wales will be balloted for industrial action if they do not receive a substantial pay award, the Union will announce this weekend.

At the NASUWT Cymru Conference in Llandudno an emergency motion calls for a September ballot “if the Welsh Government falls far short of a 12% pay uplift.”

The union says that after “12 years of erosion to their pay, teachers are facing the biggest squeeze on their living standards in half a century and the NASUWT is calling for a 12% py award this year to prevent an unprecedented retention crisis.”

The motion states that “whilst the Welsh government has not sanctioned a pay freeze as in England pay rises in Wales are still extremely poor and the time has come for teachers to collectively demand the closure of the pay gap that has cut teachers’ pay by 20% over the last 12 years.”

NASUWT members from across the UK took part in the largest demonstration of working people in a decade two weeks ago, marching for a better deal for teachers as part of a national cost of living rally in Central London.

Dr Patrick Roach, NASUWT General Secretary, said: “Teachers are suffering, not only from the cost of living crisis, which the whole country is grappling with, but 12 years of real terms pay cuts which has left a 20% shortfall in the value of their salaries.

“If the Welsh Government and the pay review body reject a positive programme of restorative pay awards for teachers, then we will be asking our members whether they are prepared to take national industrial action in response.

“Teachers will not simply stand by as their pay continues to be eroded and if a pay rise is not awarded, it will be won by our members in workplaces through industrial action.”

Neil Butler, NASUWT National Official Wales, said: “Teachers have given their all through a pandemic, they are grappling with a cost of living crisis and their pay is nowhere near adequate in the face of the sharpest fall in living standards for decades. We recognise that pay in Wales is marginally better than England.

“Teachers deserve so much better and we will step up our fight for teachers to have the pay, working conditions and respect they deserve which will support the continued delivery of high quality education for every child and young person.”