The latest storm follows on from a week in which Storm Dudley and Storm Eunice also impacted the UK, although wind gusts from Storm Franklin are expected to be lower than Eunice which triggered two Red Weather Warnings. ‌﻿​﻿‌﻿‌﻿‌﻿​﻿‌﻿‌﻿‍﻿‌﻿​﻿‌﻿‌﻿‌﻿​﻿‌﻿​﻿‍﻿‌﻿​﻿‌﻿‌﻿‌﻿​﻿‌﻿​ 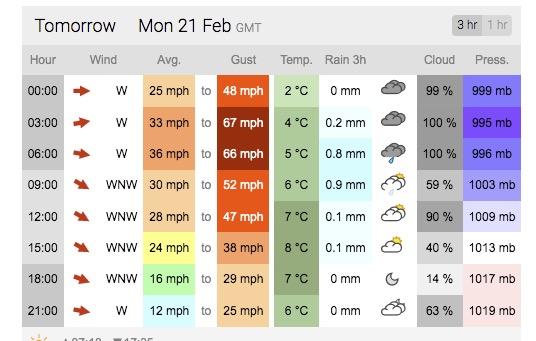 “These very strong winds will spread to many other western, central and southern areas of the UK overnight and early Monday, with gusts widely 50-60 mph, whilst west facing coastal districts will see gusts of 65-75 mph and perhaps 80 mph briefly near north coast of Northern Ireland.” ‌﻿​﻿‌﻿‌﻿‌﻿​﻿‌﻿‌﻿‍﻿‌﻿​﻿‌﻿‌﻿‌﻿​﻿‌﻿​﻿‍﻿‌﻿​﻿‌﻿‌﻿‌﻿​﻿‌﻿​