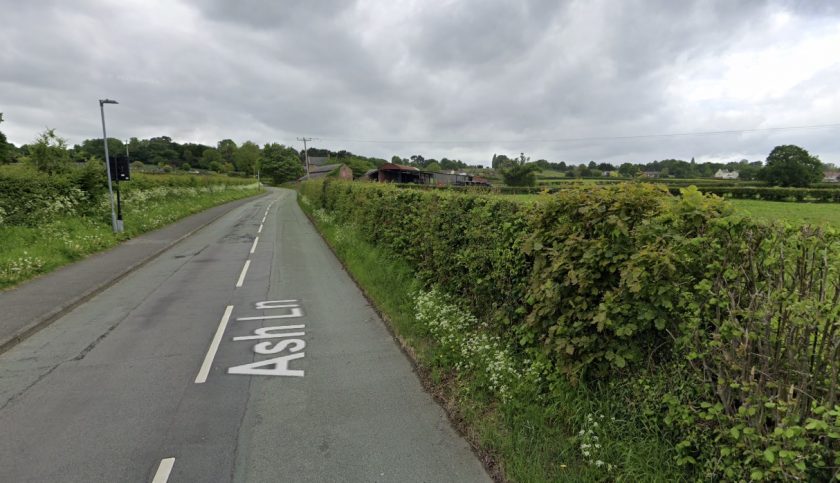 Residents have been told Flintshire Council cannot make changes to its Local Development Plan (LDP) as it heads towards its final stage.

Members of the public supporting the campaign to protect against hundreds of houses being built on green land, between Ash Lane in Mancot and Park Lane in Hawarden, were given the opportunity to ask questions at a full meeting of Flintshire Council this week.

They quizzed cabinet member for Planning, Public Health and Public Protection, Mold East Cllr Chris Bithell (Lab) about the LDP and why their objections to the site being included for development had not resulted in any changes to the plan.

The plan, which covers 2015-2030, and has been submitted to the Welsh Government’s inspector, guides and controls what development will happen, where and when. It will serve as a basis for making decisions on planning applications and help prevent a stream of speculative applications from developers in all wards.

The residents expressed how they felt their objections, and those of many other residents, had not been taken into account about the lack of protection for that site in the proposed LDP, despite public consultation.

They have concerns about the impact a development would have on infrastructure, schools and amenities.

Cllr Bithell responded by saying that objections would not alter the plan if what it proposed was considered to be ‘sound’.

He said: “The central purpose of the examination is for the inspector to consider the soundness of the plan submitted. It is not the remit of the inspector to improve the plan or change it based on the objections to it, or on a particular site or policy.

“Both the council and the inspector are required to consider what objectors have said when representations are made but they are night required to simply accept what is said.
“This is a matter of planning judgement which has been applied both by the council then separately and independently by the inspector.

“It is not appropriate for the council to comment on how the inspector has conducted the examination.”

Cllr Bithell added that where there had been concerns raised about the Warren Hall site in Broughton, the inspector had made a change.

He said that no evidence had been provided to counter the proposals either for the Mancot / Hawarden site or others in the LDP if they had remained unchanged in the plan.

Cllr Bithell added: “Simply because a number of people make objections to a site, it does not mean that the council has to automatically accept those objections, or make a change to the plan.

“A key requirement in objecting was to show with evidence how the plan or any specific site was not suitable or sound.

“Representations made following the deposit LDP consultation were considered by officers and the responses agreed by the council. The council’s view was that these did not raise issues that challenged the soundness of the plan.

“The inference is the inspector also considers the issues raised do not challenge the plan or the site’s soundness.

“The plan is at such an advanced stage now that all that is awaited is the inspectors report whose recommendations are legally binding on the council. There is no option to debate a specific aspect of the plan at this stage. Adoption is of the plan as a whole.”

Cllr Bithell added that he would provide a written answer to questions about financial resources spent on the plan.