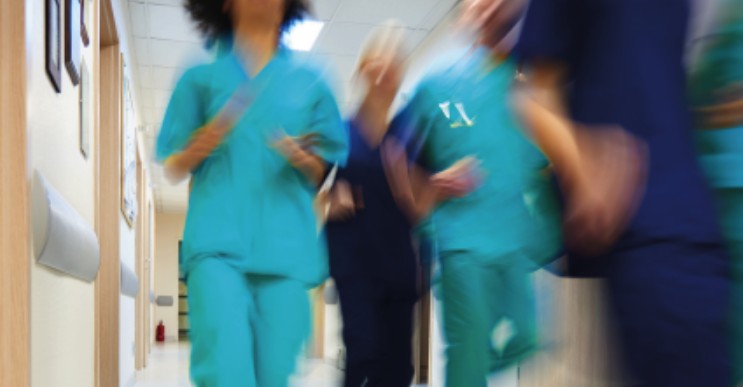 The Welsh Government has come under fire after new NHS stats revealed a further deterioration in waiting times for emergency departments.

North Wales recorded some of the worst waiting times last month, with 61.7 per cent of people who visited A&E seen within the target time of four hours.

In Wrexham just 1,879 (40 per cent) out of the 4,701 patients at the emergency department at the Wrexham Maelor Hospital were dealt with within the target time during August.

Ysbyty Glan Clwyd recorded the second worst waiting times in Wales with 43.7 per cent of patients spending less than four hours in A&E.

Figures locally for those who were seen within eight hours increased to 60.9 per cent, rising to 74.2 per cent for 12 hours.

Commenting on the A&E waiting times for the region, Welsh Conservative Shadow Minister for North Wales Darren Millar MS said: “These statistics are very worrying for people across North Wales who rely on their local hospitals in the event of an emergency.

“Patients and NHS staff in North Wales deserve a healthcare system at least as good as elsewhere in the UK but that clearly isn’t the case.

“No-one should be spending more than 12 hours in an emergency department and it is unacceptable that more than one in four people in North Wales, more than 3,500 in August, are experiencing these sorts of delays.

Along with demand on emergency departments, the Welsh Ambulance Service recorded one of its lowest ever response times – with 50.7 per cent of red calls received an emergency response within 8 minutes.

This 1.2 percentage points lower than the previous month and close to the lowest on record.

In August there were 3,495 red (life threatening) calls to the ambulance service, 9.6 per cent of all calls. This was a fall in red calls compared with July, but on average there were still more than 100 immediately life-threatening calls made each day.

Throughout July there was an average of 3,670 referrals for first outpatient appointments were made per day in July. This is a decrease of 4.4% (170 fewer referrals per day on average) compared to June.

Latest Welsh NHS data for July showed the highest ever number of patients waiting for treatment with 743,229 on patient pathways – up from 644,463 the same time in 2021 – leaving well over a fifth of the Welsh people on the waiting list.

Opposition parties have condemned the Welsh Government over today’s figures, stating that there is more than “seasonality” to blame for the demand on Wales’ health service.

Plaid Cymru’s spokesperson for health and social care, Rhun ap Iorwerth MS said: “We’ve reached a stage – and it’s been clear to me that we’ve been here for some time – that the pressures being faced by our NHS are not just simply about seasonality.

“We’re at the end of the summer, waiting lists are as long as ever – with many important metrics getting worse – and this isn’t just about clearing the backlog from ‘winter pressure’.

“In fact, the problems being faced by our NHS pre-date the pandemic.

“Clearly, we need to see action taken now to increase capacity and to improve patient flow, but the Labour government has to ensure that things are sustainable for the long term.

“That has to include a dramatic change in attitudes – and Government funding – towards preventative health measures. We need a prevention revolution to help release the pressure on our NHS.”

“Time and time again we see these extraordinary waits in the Labour-run NHS but little strategy to tackle them – the statement on winter pressures from the Minister this week contained no plan – with two-year waits at over 60,000 compared to less than 3,000 in both England and Scotland.

“Not only that, but we can then look at England and see surgical hubs, a modernised and technologically efficient system, and a new plan to ensure people can see GPs within a fortnight, with poor performers named and shamed using league tables.

“Patients and NHS staff in Wales deserve a healthcare system at least as good as elsewhere in the UK but, instead, Labour insist on us putting up with what we’re given as they plunder public funds to stuff Cardiff Bay with 36 new politicians and impose the dreaded tourism tax on our nation.

“Labour need to get a grip on the NHS and stop breaking all the wrong records.”

Welsh Liberal Democrat Leader Jane Dodds MS said: “We urgently need to see an action plan for winter. The service is clearly struggling to cope even now before the winter season begins.

“While we understand there are huge backlogs from COVID, that is not an excuse for Wales to consistently rank below England and Scotland.

“None of this is due to our amazing NHS staff who work hard to keep things going. Looking after our NHS staff will play a key role in reducing waiting times.

“Significant delays in ambulance response times are due to backlogs at A&E departments resulting in patients having to wait in ambulances outside.

“What we need to see is real investment in primary health services in local communities, including our GPs to prevent these build-ups at emergency departments and to prevent people falling into such ill-health they require more advanced treatment.”

A Welsh Government spokesperson said: “We continue to see improvements and a high number of people receiving treatment, with over 358 thousand consultations taking place in the latest month.

“The number of pathways waiting more than two years decreased for the fourth consecutive month, falling by 14% since the peak in March. July also saw just over 87,000 patient pathways closed, a significant increase from the early stages of the pandemic and 10% higher than for the same month in 2021.

Performance against targets for diagnostic and therapies services continues to improve despite a general increase in demand for both services.

“Emergency care staff and services remain under pressure and performance is not where we, health boards nor the public want it to be. However, it is encouraging to see a 16% reduction in emergency admissions to hospitals in Wales when compared to August 2021.

“Our investment into Same Day Emergency Care services is helping to support this reduction and improve outcomes for patients. We also saw performance marginally improve against the four hour target, and the average (median) time spent in emergency departments shortened in August.

“We also saw improvement in average (median) amber call response times which were almost 23 minutes quicker than in July. Amber calls include responding to heart attacks and strokes. We continue to prioritise improving discharge planning and an increase in community capacity ahead of the winter period.”