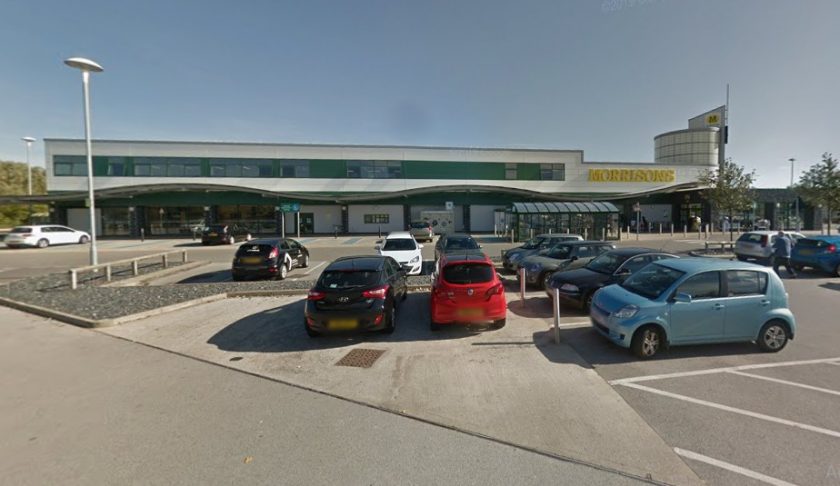 Politicians are being asked to support allowing a major supermarket chain to find an alternative use for land once earmarked for a library.

The plot near the Saltney branch of Morrisons was originally set aside as part of a planning agreement between the retailer and Flintshire Council when the store was first built in 2010.

The proposals later fell through because of the site’s proximity to a substation, while separate plans for it to be transferred to Saltney Town Council did not move forward.

The seven-year period for the library scheme to be delivered has since elapsed and Morrisons wants to pursue other options for the land, which remains under its ownership.

The company recently launched an appeal over the local authority’s failure to decide whether to remove the obligation attached to a section 106 (S106) legal agreement.

However, members of the council’s planning committee are now being requested to approve the deletion of the requirement.

In a report set to go before councillors next week, chief planning officer Andrew Farrow said: “Planning permission was granted in August 2009 for the new Morrisons store and this permission was implemented in 2010, erecting the superstore and petrol filling station together with other associated works.

“The original planning permission was subject to a section 106 legal agreement.

“The agreement had a number of obligations including to secure demolition and landscaping of the original public toilets once those within the store were provided; financial contribution towards public art; and to allow the council a period of seven years within which to bring forward proposals and develop a library on land at the western edge of the store.

“It is a matter of fact, that no proposals have been brought forward for a library on the land within the seven year period as prescribed by the S106 agreement and as such the applicant has submitted an application to vary the original agreement to remove this obligation.

Committee members will be asked to support the changes at a virtual meeting on Wednesday (September 2, 2020).

It will then form part of the council’s response to the appeal that the alterations to the legal agreement are not opposed.