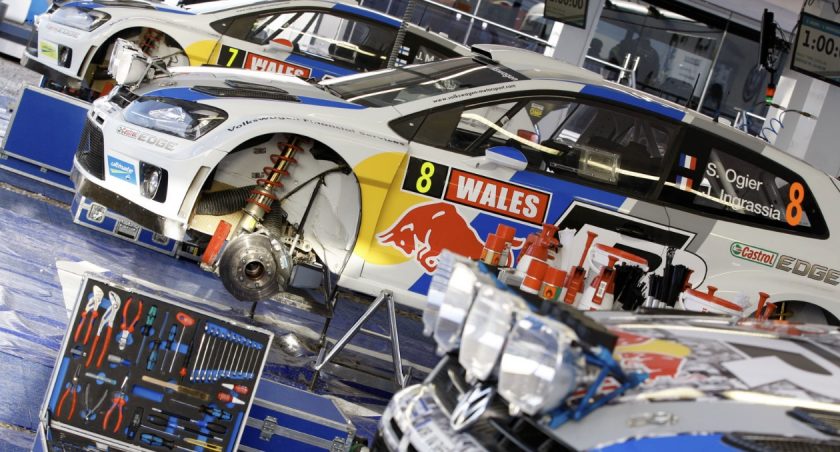 The organisers of Wales Rally GB are “committed” to bringing the championship back to Deeside, according to a Flintshire council chief officer.

The local authority is now looking to potentially put in some financial support to secure the rally’s return to Deeside, however, that could be several years off.

Wales Rally GB is the largest and most high-profile motor rally in the UK and is the British round of the FIA World Rally Championship (WRC).

Deeside Industrial Estate played host to the rally from 2013 to 2018 with the service park base located next to Toyota Engine Plant.

However, the region was dealt a blow when Wales Rally GB moved the event base from Deeside to Llandudno for the 2019 rally, much to the disappointment of fans and businesses locally.

The Llandudno location was criticised by some teams with claims the town centre service park was disjointed and not suitable.

The rally was moved back to the Deeside service park for 2020, but like most sporting events, it was cancelled due to the Covid pandemic.

Wales Rally GB then lost its place on the 2021 WRC schedule to Belgium’s Ypres Rally, which itself was then postponed due to the ongoing covid crises.

During a Flintshire Council environment and economy scrutiny committee meeting on Tuesday (12 October), Andrew Farrow, Chief Officer of Planning and Environment said the local authority has had discussions with Wales Rally GB and “they are keen to come back to Flintshire.”

“Every year prior to last year (we have) hosted Wales Rally GB down at Deeside.” He said.

“It did go to Conwy (Council) for one year but they didn’t particularly enjoy that experience.”

“We’ve always lived from a sort of hand to mouth existence with Wales Rally GB (we would) put in place some budget to support them for that in the future.” Mr Farrow said.

Cllr Andy Hughes said, “the reason that they (Wales Rally GB) headed down to Conwy in the first place was that a lot of tourism money was crossing the over the border into England (while it was based at Deeside).

Cllr Hughes said, “there was a huge spike in hotel rooms being taken up in Chester when the WRC was on.”

“Is that something we’ve considered in factored into it before we invest huge money into trying to attract them back again? He asked.

In reply, Andrew Farrow said: “We’ve had discussions with Wales Rally GB, they are keen to come back to Flintshire and for us to be hosting it here.”

“Certainly the drift of commitments across the border was something that resulted in them moving to Conwy but their overall view is that they’re better placed in Deeside.” He said.

Mr Farrow added: “We do need to make sure that that local spend does happen with the hospitality sector in Flintshire and doesn’t drift across the border, but they are given a commitment to return here.”

So far 10 events have been confirmed in next years WRC race calendar but officials at Wales Rally GB told Deeside.com, “there are currently no plans for the FIA World Rally Championship to return to the UK thus Wales Rally GB is not on the 2021 or 2022 calendars as announced.”

It means it could be 2023 at the earliest before Wales Rally GB and the UK stage of the WRC is based in Deeside again.