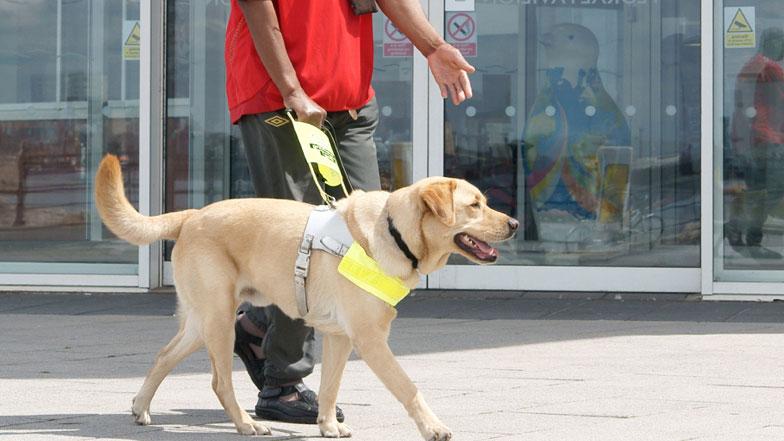 A North Wales politcian has highlighted the barriers facing guide dog owners and called on the Welsh Government to help tackle them.

Speaking in yesterday’s First Minister’s Questions in the Senedd, Mark Isherwood MS said a high proportion of people with guide dogs “are denied entry to businesses or a service” he also spoke of the barriers they encounter on our streets.

The North Wales MS:  “I was fortunate to host the Guide Dogs event in the Senedd last month.”

“Guide Dogs research published last month showed that 81 per cent of guide dog owners responding to their survey had been illegally refused entry to a business or service because they were with their guide dog.”

“They’ve launched what they’ve called the ‘Open Doors’ campaign against illegal access refusals, to educate the public and businesses, and grow understanding and awareness of how access refusals impact guide dog owners.” 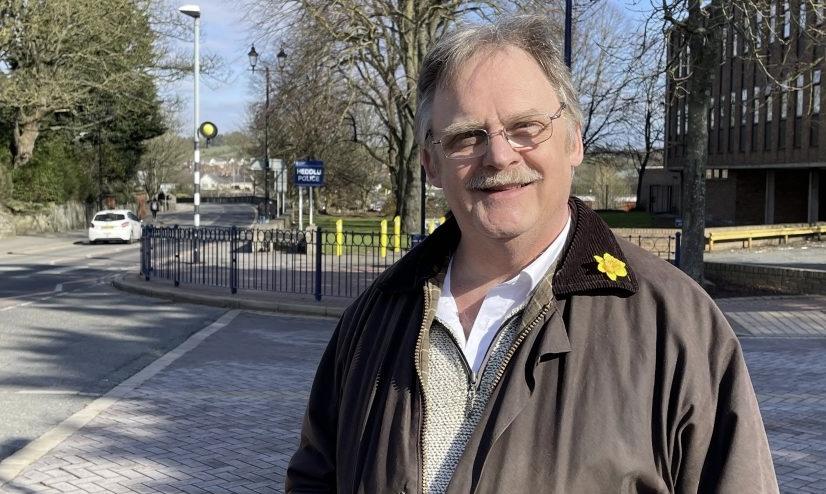 Mr Isherwood: “But that’s not the only barrier that people with guide dogs encounter.”

“Guide Dogs Cymru are also still campaigning for safer streets, stating there are many schemes funded with Welsh Government ‘Active Travel’ money ‘where cycle routes are installed on footways without any clear delineation between the cycle lane and the pedestrian footpath’.

“How will the Welsh Government therefore not only support Guide Dogs’ Open Doors campaign, but also respond to their call for the Welsh Government ‘to introduce much more robust checks before funding is allocated to new Active Travel routes, to ensure that all new routes are safe and usable for everyone?”

The Trefnydd, Lesley Griffiths MS, who was standing in for the First Minister, said “the Welsh Government fully supports the Guide Dogs Cymru Open Doors campaign, where we urge all retailers to fully comply with the law”.

She added: “In relation to safer streets, I will certainly ask the Deputy Minister for Climate Change about the monitoring that the Welsh Government does in relation to this and the way that schemes in relation to Active Travel are assessed, and if he believes it’s robust enough.”