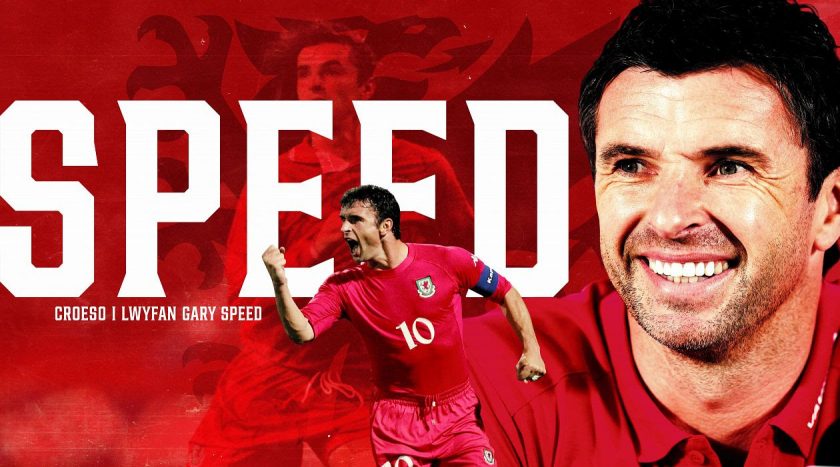 A new stage dedicated to the memory of Gary Speed will be launched at Wales’ World Cup Play-Off Semi-Final at the Cardiff City Stadium on Thursday.

It’s a huge match for Wales who take on Austria in a one-game knockout tie as the team’s battle for World Cup qualification.

The match will see the launch of a new Gary Speed Stage in the Ninian Stand concourse, in memory of the former Cymru manager and player.

It is a decade since Gary’s untimely death but it is widely regarded the former Aston Park Rangers player started the process that has taken Wales’ national side to where it is today.

A talented midfielder who played almost 950 games for club and country, Speed represented Cymru with an unwavering passion and pride during his 85 appearances with the dragon on his chest.

Speed didn’t live to see Cymru compete on the biggest stage, but the professional culture and environment that he developed during his time as manager shaped the foundations for those who succeeded him.

Fans for the sell out match are encouraged to arrive early on Thursday for the pre-match entertainment that is on offer.

DJ Katie Owen will be performing on the Gary Speed Stage pre-match to build the atmosphere.

The pre-match entertainment will then conclude pitch side by what will be a passionate rendition of ‘Yma o Hyd’ by the legendary Welsh folk artist, Dafydd Iwan.

The song will be performed at 7:15pm and fans are encouraged to be in their seats to enjoy the performance.