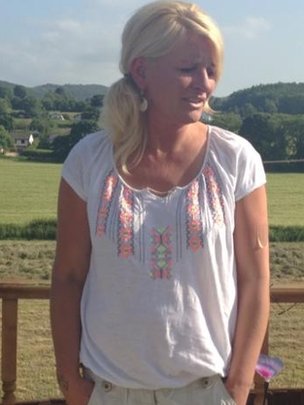 The BBC report the woman’s name is Karen Catherall

Gwernaffield is a village and local government community in Flintshire, Wales. It lies about three miles west of Mold on the eastern side of the Clwydian Range. The community has an area of 7.53 km² and is bordered by the River Alyn on three sides. Wikipedia ‌﻿​﻿‌﻿‌﻿‌﻿​﻿‌﻿‌﻿‍﻿‌﻿​﻿‌﻿‌﻿‌﻿​﻿‌﻿​﻿‍﻿‌﻿​﻿‌﻿‌﻿‌﻿​﻿‌﻿​