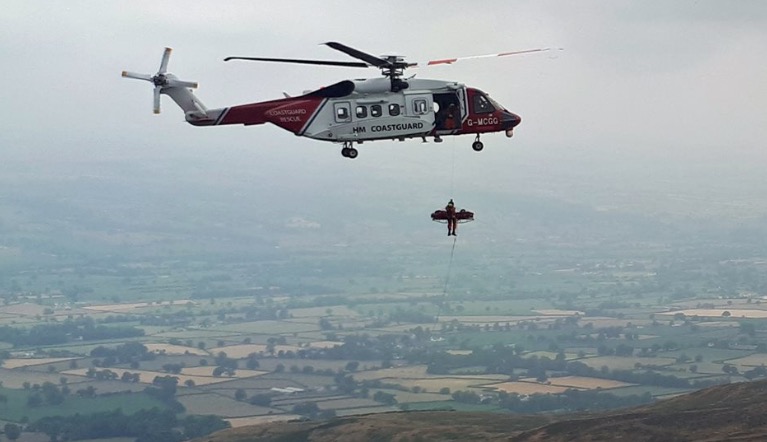 Volunteers from Mold based North East Wales Search and Rescue (NEWSAR) were called into action this morning, Thursday July 12 – to reports of an injured female mountain bike rider on Moel Famau.

Following a call from North Wales Police the team responded with two Landrovers to the summit of Moel Famau, the highest hill within the Clwydian Range.

A spokesperson for the NEWSAR team said:

“Due to the nature of the suspected injuries it was considered better to fly the casualty to hospital rather than bring them down the rough track in our Landrover.

We requested the assistance of the Coastguard Rescue helicopter from Caernarfon.

The casualty was given immediate first aid by one of our team doctors who was also winched aboard the helicopter to travel to hospital with the patient.” 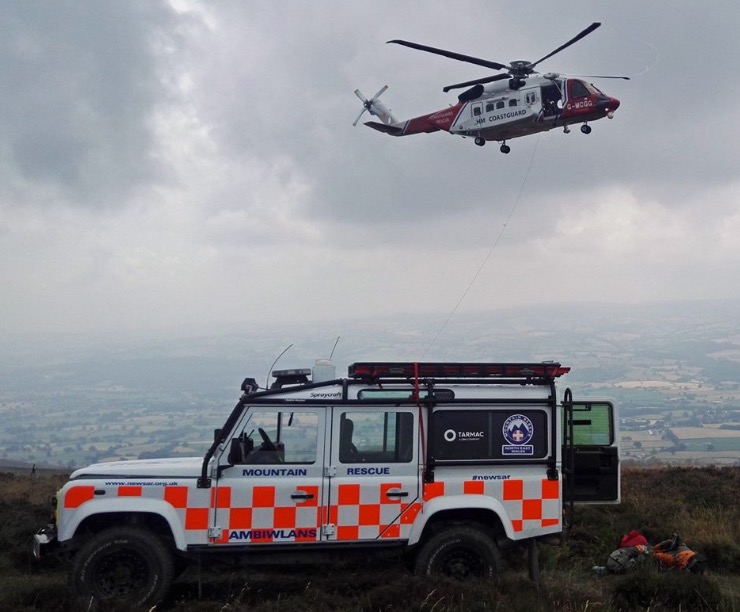 NEWSAR were also called out on Wednesday afternoon by North Wales Police following reports of a teenager with a medical issue near the summit of Moel Famau.

The team deployed to the summit in two vehicles, on arrival a NEWSAR doctor assessed the casualty who was able to walk with assistance the short distance to the Landrover.

The casualty was driven back to Bwlch Pen Barras for check over by Welsh Ambulance medics and was able to continue without the need to go to hospital. 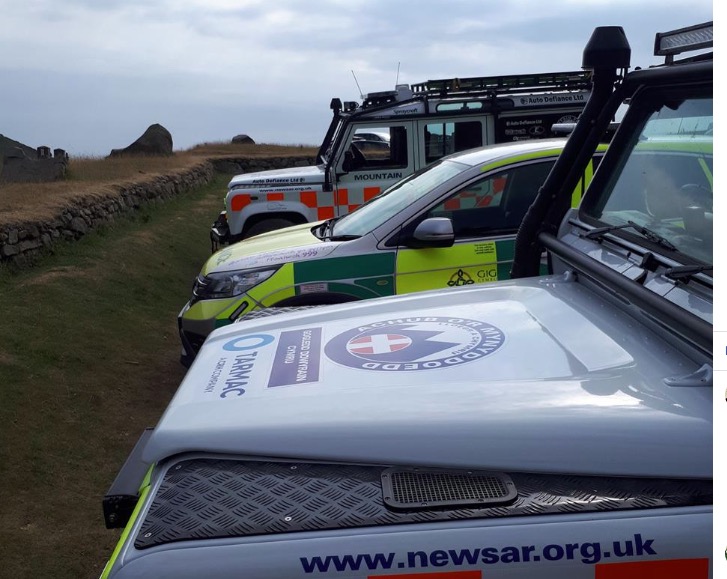 You can read more about fundraising and donation to NEWSAR on their site via this link.