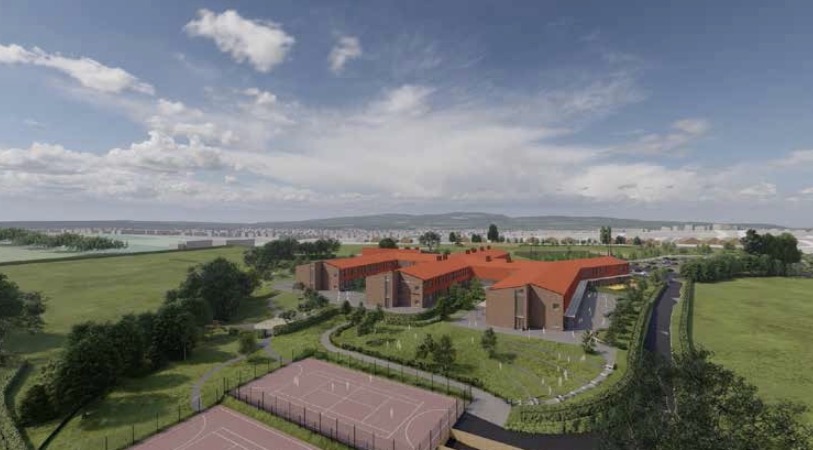 Plans to redevelop a Flintshire secondary school at an estimated cost of £31m have been given the green light.

Councillors have backed proposals to create a combined primary and secondary school campus to accommodate about 1,300 pupils at the Argoed High School site in Mynydd Isa, near Mold.

An application to demolish the existing school buildings was submitted by Flintshire Council in September to allow Ysgol Mynydd Isa primary school to relocate to the site.

A planning committee meeting was held on Wednesday (January 12, 2022) to discuss uniting both schools under one roof as part of a facility known as the Mynydd Isa Campus.

A total of ten letters of objection were sent in by neighbours ahead of the meeting to raise concerns over the impact on parking and road safety.

Some residents also took issue with the proposed location of new sports facilities, which they claimed would lead to an increase in noise, light pollution and anti-social behaviour.

However, the scheme was approved by most councillors after they were told the development was needed due to the deteriorating state of the existing school buildings.

Natalie Queffurus, a planning agent acting on behalf of the council, said: “The campus is proposed to replace the existing Argoed High School which is in a poor condition and no longer fit to support the needs of the Welsh curriculum.

“The proposals will also see the relocation of Ysgol Mynydd Isa to the site, overcoming the existing challenges for the primary school associated with its current site arrangements.

“The designs for the campus have been through an extensive engagement process with both the local education authority and the schools together with members of the public to ensure that it will provide high quality educational facilities.”

The new primary school will be built to accommodate 600 children, while the high school will house a further 700 pupils, with a nursery and specialist speech and language unit located on the site.

A staff car park, parent drop-off area and sports pitches are also included in the plans.

An e-mail sent in by a local resident was read out at the meeting after they raised concerns over the scale of the proposals and parking problems. 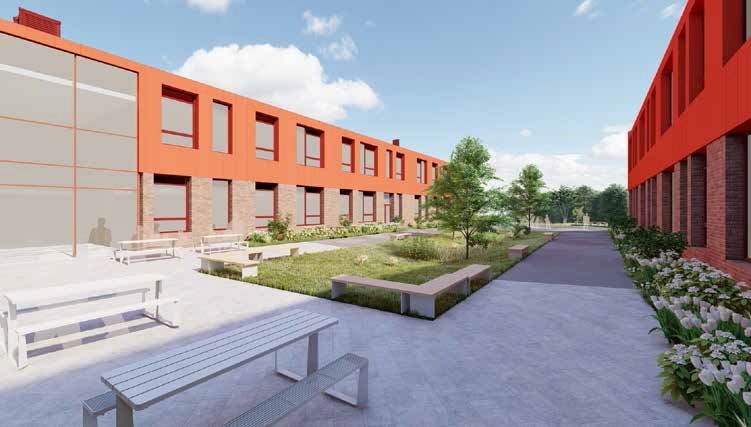 The unnamed individual said: “The new campus with an attendance level of 1,300 places on site is a huge increase of circa 541 pupils at Argoed and circa 530 pupils over the two sites at both the primary and junior schools currently.

“This increase of 140 per cent is phenomenal on a small village.

“The new site also has the added increase of teachers and their travel and parking to the site.

“We currently have severe issues with parking obstructing our driveway during drop off and collection from school, with people even having the audacity of parking on our driveway.”

Heritage campaigners previously lost a bid to save the Argoed school buildings, which were constructed between 1977 and 1981.
It came after Cadw decided they were not worthy of listing, paving the way for their demolition.

The council’s chief planning officer published a report before the meeting advising councillors to grant permission for the scheme.

Andrew Farrow said steps would be taken to prevent problems with parking and traffic, as well as those arising from the sports pitches.

“Argoed High School does have an area where there is a drop off zone and a circular area to allow cars to turn around which many schools don’t have.

“I certainly welcome the great contribution it will make to the area, particularly with the sports facilities which can be used out of school hours by the local population.”

Cllrs Richard Jones and Mike Peers chose to abstain from voting on the application after echoing residents’ concerns.

However, the proposals were approved after the 13 other members of the committee gave their backing.

The development will be funded through the Welsh Government’s Mutual Investment Model, which sees private firms contracted to build and maintain public assets.