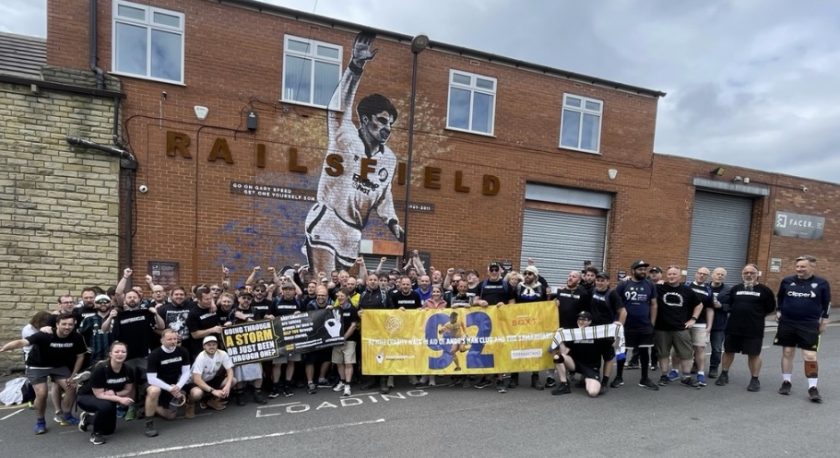 Ahead of the walk, the organiser of the fundraiser, Michael Normanton said: “Even 10 years later, Gary’s passing is something we all struggle to come to terms with, so when the 10th anniversary came around in November, we decided it was an occasion we shouldn’t leave unmarked.” ‌﻿​﻿‌﻿‌﻿‌﻿​﻿‌﻿‌﻿‍﻿‌﻿​﻿‌﻿‌﻿‌﻿​﻿‌﻿​﻿‍﻿‌﻿​﻿‌﻿‌﻿‌﻿​﻿‌﻿​

“The end of this season seems a perfect time to celebrate his life as it coincides with the 30 year anniversary of the title win Gary contributed so much to. Whether in his usual midfield role, filling in at left-back or upfront in place of Lee Chapman, Gary was brilliant at all of it.” ‌﻿​﻿‌﻿‌﻿‌﻿​﻿‌﻿‌﻿‍﻿‌﻿​﻿‌﻿‌﻿‌﻿​﻿‌﻿​﻿‍﻿‌﻿​﻿‌﻿‌﻿‌﻿​﻿‌﻿​