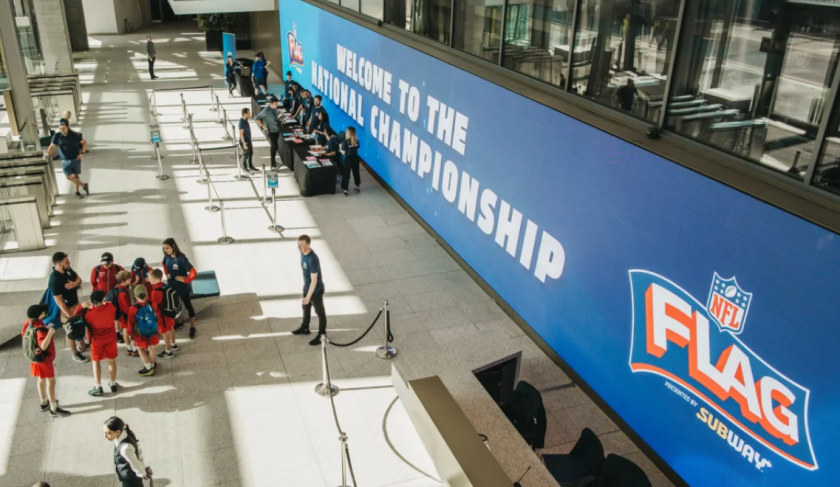 Children from a Flint primary school are set to compete for a trip of a lifetime to Las Vegas.

Ysgol Gwynedd have made it to the NFL Flag National Championship and will be competing against schools from around the country in Loughborough on June 29th.

The NFL Flag National Championship is the final stage of the year’s Flag Football competition, with Ysgol Gwynedd one of 12 primary school teams competing for the Championship title.

The winning school will head to Las Vegas to represent the United Kingdom against other international teams at the 2023 Pro Bowl.

Ysgol Gwynedd have come close to securing NFL Flag victory before, after making the final of the 2019 NFL National Flag Championship.

The school, who lost out by just a single point, will be competing again this year in the hopes of securing victory.

Ysgol Gwynedd is one of 300 schools now playing Flag Football – a non-contact version of American Football – with 20,000 children involved in regional competitions.

The sport is in contention for inclusion in the 2028 Olympic Games in Los Angeles, and aims to engage people of all ages, genders, and abilities.

The school benefited from NFL providing free Flag Football training and equipment to all primary and secondary schools who wish to take part. Both boys and girls also play the game together – with 53% of participants being female – providing a fully inclusive experience.

To celebrate the NFL Flag National Championship and support the primary school children, a host of NFL stars, including the UK’s own Efe Obada will be in attendance.