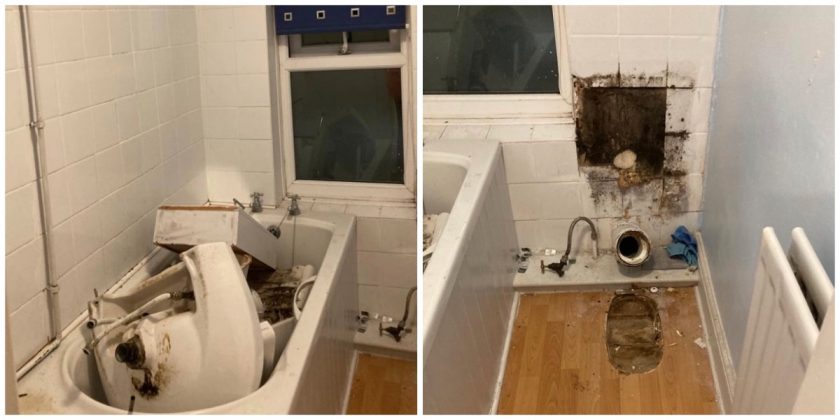 A magistrate has called the actions of a Flintshire landlord “outrageous” after he harassed and unlawfully evicted a tenant.

Flintshire Council Environmental Health Officers successfully prosecuted Terrence Kermode, 76, whose actions included ripping the toilet, sink and fittings from the bathroom of the property he was letting to a tenant.

Kermode of Wood Lane, Hawarden pleaded guilty to the offence of unlawful eviction and harassment under the Protection from Eviction Act 1977 in July the matter was adjourned to a sentencing hearing

At the sentencing hearing on Thursday 15th September 2022 at Mold Magistrates Court, it was offered in mitigation that Mr Kermode was 76, had no prior convictions and had pleaded guilty at the first opportunity.

It was heard that Mr Kermode was allowing his daughter to take over the business and that Mr Kermode had ripped out the bathroom in a “moment of madness” in the knowledge that there was rent and bills outstanding.

The Magistrates remarked that Mr Kermode’s behaviour was “outrageous” and that he had essentially broken into someone’s home, and removed belongings and a bathroom, which is completely unacceptable for anyone, especially a landlord of 30 years.

“We believe everyone has the right to live in a home which is in good repair, safe, warm and secure. Whilst we aim to reduce the health effects of poor housing conditions through a combination of advice and financial assistance, occasionally we deal with matters that are so serious a prosecution is necessary.

This successful prosecution sends out a clear message to landlords that Flintshire County Council will do all it can to protect its residents from unlawful eviction and harassment.  It reflects Flintshire’s commitment to ensuring homes in the private rented sector are properly managed and that tenants are afforded the security that they need during the current cost of living crisis.”