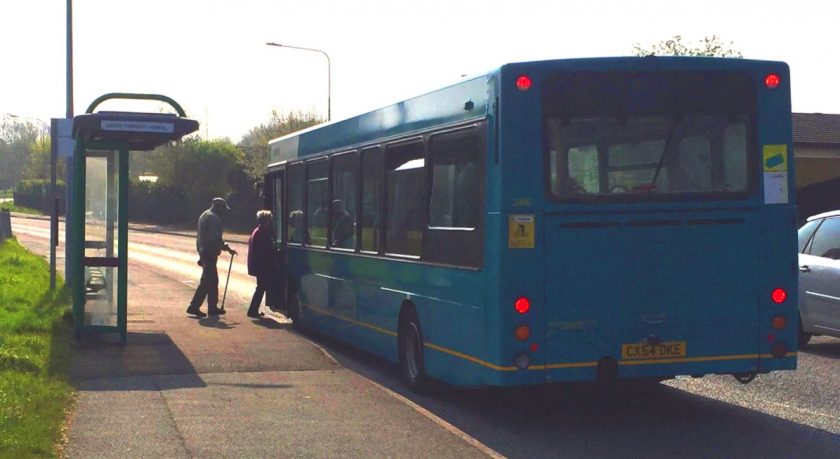 Drivers in the region will be holding the first round of strike action from Sunday 14th November until Sunday 19th December.

Discussions have been on going between Unite Cymru and Arriva Buses Wales in a bid to find a resolution.

However in a statement today Unite Cymru said that following the “failure of Arriva Cymru to make any significant improvement in their pay offer to workers, five weeks of strike action by drivers will now proceed on Sunday 14 November.”

The union says that workers in Wales were offered a 0.29p an hour increase whilst Arriva workers over the border in the North West of England have been offered 0.39p.

It adds that “in addition to this the current pay differential between Welsh and North West Arriva drivers is £1.81 an hour. Despite talks taking place over recent days Arriva’s intransigence has left workers with no choice but to commence their planned strike action this Sunday.”

As a result passengers using bus Arriva Buses across the region face severe disruption as hundreds of Unite members working at depots including Amlwch, Bangor, Hawarden (Chester), Llandudno, Rhyl and Wrexham, will strike continuously from 06:00 on Sunday 14 November 2021 until 01:00 on Sunday 19 December.

Unite General Secretary Sharon Graham said: “Arriva Cymru have chosen not to offer their loyal Welsh workforce the pay offer they deserve. Their failure to tackle poverty pay will now result in severe disruption to bus services and the people of North Wales.

“Our members are united and they will receive the full backing of Unite over the next five weeks of strike action”.

Jo Goodchild, Unite Regional Officer commented: “Arriva Cymru have completely misjudged the level of anger there is amongst its workforce. Welsh workers are not willing to accept inferior terms and conditions to their colleagues in other parts of the UK.

“The company have wasted the opportunity to see sense and offer Welsh workers a deal comparable to its operations in the rest of the UK that begins to tackle poverty pay rates.

“Our members resolve is very strong and we expect this strike to be rock solid, Arriva must recognise that they are in for a long fight.

“The blame for the huge disruption this strike will cause lies firmly and squarely at the door of Arriva Cymru”.

Commenting on the proposed strike action from this Sunday, Arriva Buses Wales said: “Further to on-going talks this week with our Trade Unions partners, Unite, we have put forward another improved offer which is highly competitive and this will be taken to a fresh ballot with our colleagues on Thursday and Friday this week.

“We want to reach full resolution with this latest offer, but for any of our customers who are planning to travel from Sunday, we would strongly urge them to check for updates before they travel.

“If a strike goes ahead, regrettably Arriva Buses Wales will not be able to run from Sunday.

“We will provide an update as the situation becomes clearer in the coming days.”