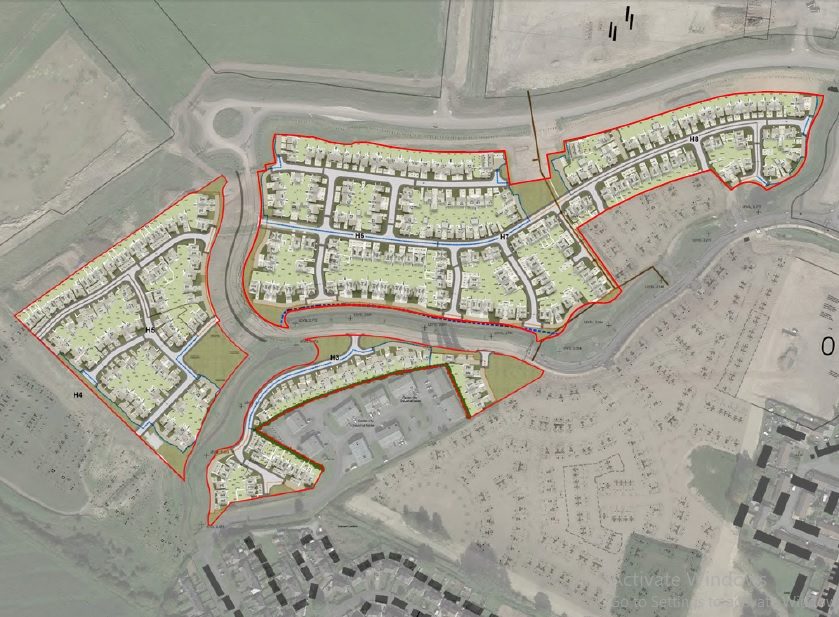 Detailed plans for almost 370 new homes have been approved in Deeside after receiving the backing of community leaders.

The application for the 30-acre site will result in the creation of 368 houses, including affordable homes, public open space and play areas.

The principle of the development, which forms part of the Northern Gateway scheme, was first approved in 2013.

Flintshire Council’s planning committee met today (Wednesday, December 15) to discuss details surrounding the appearance, layout and scale of the proposals, along with access and landscaping arrangements.

Some concerns were raised at the meeting over the impact on local residents, including road safety and flooding issues.

However, the plans received the green light after members heard it would trigger a payment of £1.7m by the companies to increase capacity at two nearby schools.

Sealand councillor Christine Jones said the money would be welcomed by the community.

She said: “There’s just a couple of things really that need addressing because we’ve had a few issues with the other sites that have been built there.

“We have got to keep cleaning the ditches that are surrounding the site because if they get blocked, you will have flooding from those.

“We’ve got Amazon vans and HGVs that should be going to Deeside Industrial Park going on to the residential roads.

“It’s a very fast road, people are using it as a cut through and as a racetrack, so our highways department do really need to make sure that is a safe route.

“Apart from that I’m quite happy and the education contribution will be very much welcomed by the schools.”

A total of six letters of objection were put forward ahead of the meeting, with neighbours highlighting the potential impact on local services such as GP surgeries.

The local authority’s chief planning officer recommended the proposals should be approved as he said no objections had been raised by the council’s highways department or Betsi Cadwaladr University Health Board.

He said: “The exciting thing is the amount of benefit the two schools are going to obtain through this development.

“They thoroughly deserve it because it’s going to attract children who will need the schooling.

“With the extensions that they’re talking about, these two schools will accommodate quite a number of children.”

Permission was granted by nine votes to two subject to the developers agreeing to provide money towards education in the area via a section 106 legal agreement, with two councillors abstaining.

It will result in around £1.14m going towards improvements at Hawarden High School and £600,000 to Sealand Primary School.